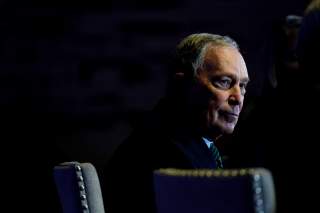 This past month has seen multiple video and audio leaks revealing embarrassing past statements from former Mayor of New York City Michael Bloomberg. The multi-billionaire, who entered the Democratic primaries in November, has received negative news coverage and criticism from his opponents for past comments on a range of issues. Last night CNN came forward with even more audio, from 2016, right ahead of tonight Democratic debate.

Bloomberg, who as Mayor served as a Republican and then independent before joining the Democratic Party in 2018, warned about the growing progressive movement in the United States. “The left is arising. The progressive movement is just as scary [as the rightwing]” Bloomberg said, referencing by name Senator Elizabeth Warren of Massachusetts. Warren ravaged Bloomberg for his past comments about women at last week’s debate.

During the same debate, former Vice President Joe Biden blasted Bloomberg for his criticism of Barack Obama, and his refusal to endorse him in 2008. The new audio adds to the mayor’s comments. "The second Obama election I wrote a very backhanded endorsement of Obama," he said, diminishing the support he claimed to have given last week. "Saying I thought he hadn't done the right thing, hadn't done, hadn't been good at things that I think are important and [Republican nominee Mitt] Romney would be a better person at doing that. But Romney did not stick with the values that he had when he was governor of Massachusetts."

Other remarks in the audio the Bloomberg presidential campaign is dismissing as jokes.

“These are my peeps,” Bloomberg said, opening the event hosted by Goldman Sachs. “To start, my first campaign platform would be to defend the banks, and you know how well that's gonna sell in this country.”

This line may be used by his opponents to continue painting Bloomberg as a wealthy oligarch attempting to buy the election. In three months, he has spent over $460 million self-funding his own campaign.

Furthermore, Bloomberg mused about what would happen to his opponents if he were given the power of the Oval Office. "It would have been a great job," he said, "No, I mean, you think about it, you have Predators [Drones], and the Predators have missiles, and I have a list of everybody that's annoyed me or screwed me for the last 74 years, and bang-bang-bang-bang."

Other topics discussed during his speech were the consequences of income inequality, how a president should work with congress, the need for gun control, and his support for environmental reform.

Two weeks ago, the previous leak of a Bloomberg speech included his comments regarding black crime rates and a vigorous defense of the stop-and-frisk system he oversaw as New York City’s Mayor. Other candidates and some in the media called his statements racist.

It’s likely the new audio will be addressed in tonight’s primary debate airing on CBS News.