Did Russia Just Practice Fighting a War Against NATO? 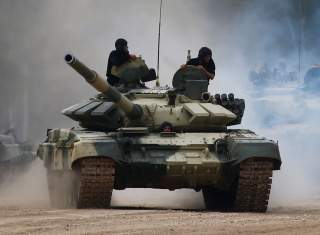 The exercise, dubbed Tsentr 2019 (Center 2019), was held from September 16-21 and followed a two-pronged design: its first part is a mock invasion of a hypothetical terrorist rogue state in Central Asia; the second, a series of special forces landing exercises to defend Russia’s Arctic possessions in the event of a surprise attack.

Two distinct scenarios under the umbrella of one exercise, Tsenter 2019’s Arctic and Central Asian components appear unrelated except insofar as they serve as a test of Russian General Staff’s ability to simultaneously coordinate two military operations in different parts of the world. The exercises can also be seen as an extension of Russia’s ongoing contingency planning against NATO; many of the operations rehearsed in Central Asia over the past week can be just as effective in the context of a European ground war.

Russian state media reports that the planners were particularly preoccupied with coordinating operations between large mechanized divisions, a fact borne out by Tsentr 2019’s extensive roster: in addition to just armed 130,000 personnel, Russia’s Ministry of Defense announced earlier that the exercise included 20,000 pieces of military hardware, 600 aircraft, 250 main battle tanks (MBT’s), 450 infantry fighting vehicles (IFV’s), and 200 artillery pieces. These numbers could not be independently verified, nor is it clear how much-- and exactly what-- was contributed by each of the participants.

Tsentr 2019’s highlight is what Russian defense commentators are calling the largest landing operation in Russian history: a 2,000-strong paratroop regiment descended behind a notional enemy’s frontlines with over 200 pieces of military hardware. Technically impressive as it was, the landing became mired in controversy after the Russian Defense Ministry revealed that two BMD-2 IFV’s crashed to the ground due to parachute malfunctions; photos from the crash show that the vehicles sustained catastrophic damage, but the Defense Ministry asserts that there were no injuries because the BMD-2’s were unmanned at the time of deployment.

There are several layers of strategic significance to Tsentr 2019. Most immediately, the exercise underscores Russia’s power projection capabilities in Central Asia and reassures the Kremlin’s Kyrgyz and Kazakh allies of the Kremlin’s continued military commitment to the stability of that region. Meanwhile, Chinese, Indian, and Pakistani participation is meant to convey the strength of Russia’s geopolitical position vis-a-vis any possible western attempts to intrude into the Kremlin’s Eurasian sphere of influence.