Disney+ Is a Leading Brand for ‘Offline Conversation’ (And No, Not Just Because of Baby Yoda) 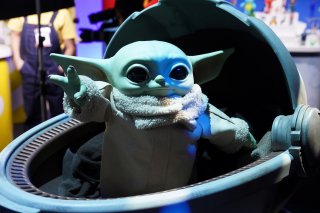 Disney+, since its launch in November, has been a huge success, earning fifty million subscribers as of Disney's last earnings release in early April.

And people aren't only watching Disney+—they're talking about it.

According to a report issued this week by Engagement Labs, over the course of the March-May period- which the firm calls "The COVID quarter"- Disney+ was the top brand for offline conversation. Amazon/Prime was second, Nivea third, Netflix fourth and Adidas fifth. They were followed by Colgate, Chick-fil-A, Dove Men+Care, HGTV and Samsung.

Disney+, Engagement Labs said, beat out Netflix and Amazon thanks to "the high share of people talking about the brand being socially-connected influencers.”

Of brands for online discussion, Food Network was first, followed by Apple, Spotify, the NFL, and WWE. HGTV and Netflix also made the top ten on the online side, as did HGTV, Netflix, the pharmacy H-E-B, Twitter, and Publix.

Engagement Labs' TheTotalSocial rankings are based, the firm said, on "a combination of metrics including how much conversation brands earn, how positive, whether consumers are sharing brand content, and how well the brand is connecting with the most influential consumers."

"I can't think of another brand that literally went from zero to number-one so fast," Engagement Labs CEO Ed Keller said of Disney+.

"The combination of a great brand, a successful holiday season release, and then a pandemic keeping people at home has provided the perfect storm for Disney+ plus to succeed in the streaming marketplace. It's also notable that while the social media conversation curve quickly flattened for Disney+, the offline curve has plateaued at 40 million conversations per week."

Another survey earlier this week, from the American Customer Satisfaction Index (ACSI), found that Disney+ had the largest satisfaction score of the major streaming services, with 80, placing it ahead of Netflix (78), Hulu (77) and Amazon Prime (76.)

Disney+ will debut the movie version of Hamilton the week of July 4. The service will premiere "Artemis Fowl," the adaptation of a popular book, on Friday. The movie, which was originally set for theatrical release, has gotten negative early reviews.