Europe Gives In: Energy Companies Will Pay for Russian Gas in Rubles 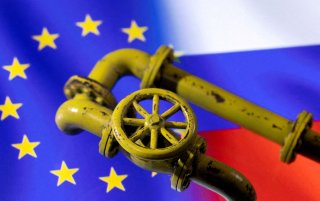 A group of European energy companies has agreed to Russia’s demand that its gas imports be paid for in rubles rather than euros—a demand Russian leader Vladimir Putin made of “unfriendly” countries early in the conflict as a way to shore up the Russian ruble’s rapidly depreciating value.

The system that the European consortium agreed to involves the companies opening two accounts at Gazprombank, a Russian bank created for financial transactions involving the country’s Gazprom energy giant. Under the system, European companies pay the bank in euros, which it exchanges for rubles at the prevailing exchange rate and pays Gazprom. In turn, Gazprom supplies natural gas to the European companies through the remaining pipelines in Eastern Europe.

Prior to the companies’ agreement, most European Union nations had refused Putin’s demand for payment in rubles, which they characterized as a new demand that violated pre-existing contracts with the Russian government. However, because the euro-ruble exchange is technically taking place within Russia, and European countries can continue to pay in euros, it is thought that no party can reasonably claim breach of contract. Alessandro Lanza, an economics professor at the LUISS University in Rome, described the system as a “transaction where everyone saves face.”

Although the demand for payment in rubles appears to have been intended as a way to stabilize the currency, which traded at more than 100 per U.S. dollar when the measure was announced, the ruble has since stabilized in value, appreciating to around 60 per dollar—an exchange rate better than the pre-war rate of around 75 per dollar. Russia has also increased its interest rates, slowing down the circulation of money in the Russian economy and preventing inflation, and imposed strict capital controls to prevent wealthy Russians from moving their money abroad.

Europe’s economic relationship with Russia has been a topic of continued controversy since the onset of the invasion of Ukraine on February 24. Prior to the invasion, Europe depended on Russia for energy imports, purchasing roughly 40 percent of its annual energy needs from Gazprom and other Russian state-linked energy firms.

The Kremlin is thought to use energy exports as a political tool. Following its invasion of Ukraine, it cut off gas exports to Poland and Bulgaria for their opposition to the ruble system, and the Kremlin later cut off supplies to Finland in retaliation for its decision to apply for NATO membership.