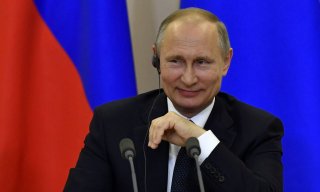 On Thursday, the Russian ruble returned to its prewar exchange rate of roughly eighty against the U.S. dollar, weeks after financial sanctions against Russia led it to lose nearly half of its value. Western observers stressed that the currency’s recovery is not indicative of a broader economic upturn in Russia, which continues to struggle under Western sanctions, but has added additional pressure on the West to impose economic restrictions against Russia that cannot be easily circumvented.

The ruble has experienced rapidly fluctuating prices and extreme volatility since Russia’s invasion of Ukraine on February 24. The currency’s value collapsed to roughly 140 against the dollar in late February and early March after the United States and European Union froze the Russian central bank’s cash reserves in the West and disconnected it from the SWIFT bank transfer authentication system, effectively locking it out of the worldwide financial network.

However, the ruble has steadily recovered its value in recent weeks, as the Russian government has implemented measures designed to artificially prop up its value—demanding, for instance, that purchases of Russian oil and gas be paid for in rubles rather than in euros or U.S. dollars, the international standard. Russia has also implemented strict capital controls, forbidding foreigners owning assets within Russia from selling them and moving the cash abroad.

Although Russia’s exports have been affected by international sanctions, the European Union has continued to import Russian oil and gas to meet domestic demand, resulting in a steady cash flow for the Kremlin amounting to at least $16 billion since the start of the invasion, according to Newsweek.

Although the ruble’s recovery has relieved some tensions in Russia, the country has continued to struggle under Western economic pressure. The Russian inflation rate has been estimated at 15 percent and is projected to rise to 20 percent by the end of 2022.

The Treasury Department dismissed concerns that the ruble’s recovery suggested shortcomings in the American sanctions approach, noting that “Russia is facing a recession, skyrocketing inflation, shortages in essential goods, and a currency that no longer works in much of the world,” according to Insider.

Earlier in the week, the U.S. Treasury Department also blocked Russia from paying its debt obligations through U.S. banks, meaning that it is likely to default on its sovereign debt—a step that will likely lead to another decrease in the currency’s price.