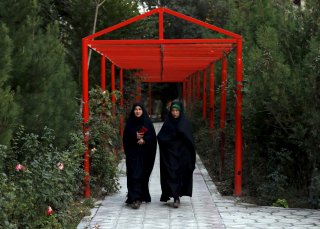 A number of public universities have reopened in Afghanistan after being shuttered for almost six months following the Taliban’s August 2021 takeover.

Universities in six Afghan provinces—Farah, Helmand, Kandahar, Laghman, Nangarhar, and Nimroz—were opened on Wednesday, according to AFP. Although the vast majority of students in attendance are male, several female students were reported arriving for classes in Laghman and Nangarhar. A number of students told local sources that they were happy with the reopening, defying a Taliban order instructing students not to talk to journalists.

More schools are slated to open their doors later in February, although attendance remains very thin at existing ones, in part due to uncertainty about the security situation. Schools and universities were frequent targets for terror attacks during the Taliban’s twenty-year insurgency against the Afghan government. In May 2021, three months before the Taliban takeover, a coordinated suicide attack against a predominantly Hazara school in western Kabul resulted in at least eighty-five fatalities, most of them adolescent girls, and more than 200 injuries.

At the time, the Taliban blamed that attack on the Islamic State “Khorasan” (ISIS-K). The local ISIS branch has remained active in Afghanistan, challenging the new Taliban-led government through a coordinated campaign of bombings and assassinations. Despite the group’s earlier practices, this has led the Taliban to post guards at some existing universities, keeping away journalists and other non-students.

The question of women’s education has been contentious for the Taliban, which banned it outright during its first period of rule from 1996 until 2001. After the group captured Kabul, its spokesmen claimed that it would allow women to attend schools according to the principles of shari’a (Islamic law), a vague standard that prompted it to close schools across the country indefinitely.

Since then, Taliban officials have outlined a new set of requirements for Afghan schools, including updates to the curriculum to bring it into adherence with the group’s ideology, as well as the strict segregation of women from men. Because female students can only be taught by female teachers according to the guidelines, the universities have scrambled to address their extreme collective shortage of female teachers.

Separately, the Taliban has claimed that all girls’ schools across the country will be reopened by March 21, the Afghan new year.