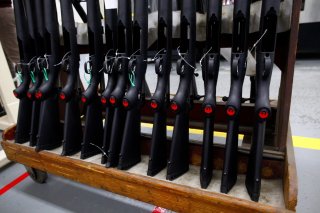 While 2021 did not quite see the record levels of 2020, nearly nineteen million firearms were legally sold in the United States in 2021. It was the second-highest for total sales of firearms. 2021’s total, which was down about 13 percent from the high of 2020, was still 40 percent higher than 2019, according to newly released data from SafeHome.org.

"On an overall and population-adjusted basis, more people are buying guns in almost every state," the data found.

Gun buyers are also becoming far more diverse. A recent survey conducted by professors at Harvard and Northeastern Universities found the number of female first-time gun buyers doubled over the past two years. Moreover, according to a report from the National Shooting Sports Foundation (NSSF), the firearms industry trade association, gun sales to black Americans increased by 56 percent in 2020.

Even though sales may have slowed in the second half of 2021, it was still a very good year for the firearms industry. Ruger reported that its profits nearly tripled in 2020 and continued to rise last year. In its February earnings call with analysts, the Newport-based firearms manufacturer reported $730.7 million in sales in 2021, up from $558.9 million in 2020 and $410.5 million in 2019.

Ruger executives noted that this uptick in sales was only made possible by increased production in 2021. "We entered the year with virtually no finished goods inventory, so all of the firearms sold in 2021 had to be manufactured in 2021. Our 28 percent increase in sales would not have been possible without the 30 percent increase in production at our factories. And this 30 percent increase was achieved with a manpower increase of less than 10 percent," said Ruger CEO Chris Killoy in a February 24 earnings call, New Hampshire Business Review reported.

Killoy added that Ruger was able to address the demand despite a labor shortage aggravated by the COVID-19 surge in the fourth quarter of 2021 and continued supply chain issues. Ruger was also able to sell 3.5 percent more firearms in 2021 than the year prior.

In addition to increased production, the company attributed its growth to many of its new products, including those from the Marlin brand, which Ruger acquired from Remington after the latter filed for bankruptcy. Demand for the Marlin 1895 lever-action rifle has reportedly been so strong that the manufacturing facilities in North Carolina have been doubled in size.

Founded in 1949 by William B. Ruger and Alexander McCormick Sturm in Southport, Connecticut, the company is the second-largest firearms manufacturer in the United States.