Is This Flaw In The Navy's Stealth Zumwalt-Class Destroyer Fatal? 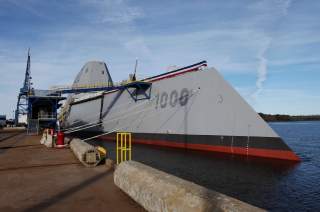 Key Point: Costoverruns and a failure to match the ship with a proper weapons system has people scratching their heads on what the Zumwalt-class destroyers are actually useful for.