The Global South Needs More Options From the IMF 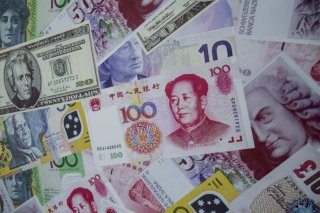 The International Monetary Fund (IMF) annual meeting on October 16 witnessed the operationalization of a major trust fund, the Resilient and Sustainable Trust (RST), established for the purpose of special drawing right (SDR) reallocation, following a historic SDR allocation in August last year. Yet, over thirteen months have passed, and no single SDR out of the allocation of $650 billion has yet been recycled to a low-income country, depressing the original motive of the allocation to help poor and vulnerable countries combat Covid-19 and debt distress.

SDR may be exchanged for any of the five hard currencies in the SDR basket: the U.S. dollar, euro, Chinese renminbi, Japanese yen, and British pound. What is magical is that SDR was created with the stroke of a pen. With such a windfall, IMF members may meet liquidity needs to import vaccines and PPEs, repay external debts, or simply buffer their existing reserves. The only condition of the SDR use is to preserve its reserve asset status.

Under IMF law, countries are entitled to SDRs in proportion to their quotas in the IMF—whoever has shall be given more. Therefore, the G7 countries received almost half of the new allocation, while the seventy-plus low-income countries only received 3 percent. With such a deep disequilibrium, finding viable voluntary recycling methods from the rich to the poor has become paramount.

The IMF has two trust funds ready for SDR recycling. One is the Poverty-Reduction and Growth Trust (PRGT), which lends exclusively to designated low-income countries and mainly for short-term balance of payments needs. The other is the RST, mentioned at the beginning of this piece, to complement the time-honored PRGT. This fund expands to serve all low- and middle-income countries and to meet longer-term structural challenges, such as climate change and pandemic preparedness.

There are two other SDR recycling choices outside of the IMF. One is to recycle through multilateral development banks (MDBs). The African Development Bank, for example, which has a strained balance sheet amid global crises, badly needs to enhance its lending capacity, either by borrowing rich countries’ SDRs and on-lending them or by using the SDRs to enhance its capital base. The other is to recycle the SDRs directly from rich countries to the poor, waiving the route of any financial intermediary.

Regrettably, recycling choices outside of the IMF have received little discussion due to major opposition from the European Central Bank and the IMF itself. Those opponents’ argument is that the reserve-asset nature of SDR does not allow it to be used for development purposes. This ideology, however, is old-fashioned and should be changed.

By definition, a reserve asset is readily available with high liquidity and credit quality. However, the definition has been evolving, and the reserve asset’s characteristic gets rather more relative than absolute, given that central banks’ foreign reserves are often seen to be invested in below-3A government bonds, and even in private corporate bonds. Those investments are considered to have preserved their reserve-asset character; the same should hold for SDR loan resources, including for development purposes.

In both outside-IMF modalities, the reserve asset status of the SDRs may be well maintained by technically drawing upon the encashment system and the reserve and deposit accounts designed to preserve the liquidity and soundness of the SDR lending through both IMF trust funds. Indeed, rarely, if ever, do rich countries need to encash their SDR claims, let alone those issuing freely usable currencies.

An untold reason for opposing the SDR reallocation beyond the IMF is political and difficult: more options bring more competition. The IMF lends with conditionality, imposing policy adjustments upon borrowers in exchange for financial resources, which is criticized as largely unworkable while overly intrusive. The new RST, claiming no conditionality, still requests a concurrent IMF program and policy reforms by the borrowing country. With more choices available, the IMF model can be less appealing to borrowers.

Following the new SDR allocation last year, the G20 committed to recycling $100 billion in SDRs. Among other donors, China alone promised to recycle $10 billion in SDRs to African countries, accounting for 23 percent of its allocation. PRGT and RST are ready for such recycling, but opening more channels is optimal for fully realizing the purposes of the SDR allocation, and for the welfare of the Global South.