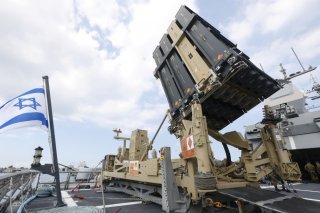 Secretary Austin’s trip should focus on ensuring Israel has the support and tools it needs to defend itself and serve as a stabilizing bulwark in a dangerous region that remains vitally important to the United States.

Israel’s determination to prevent a nuclear Iran represents significant leverage for American diplomats in negotiations with Tehran. Israel’s unmatched combination of military capabilities and political will poses the most credible threat to Tehran’s nuclear project; if wielded skillfully by American negotiators, it can play an essential role in pressuring Iran to dramatically curb its nuclear ambitions. And should talks fail and Iran’s march toward the bomb continue, Israel’s ability to act decisively is a unique strategic asset—one that the Biden administration should have every interest in preserving and ensuring is as effective as possible.

Israel also has taken the lead against Iran on the ground. In the Islamic Revolutionary Guard Corps’ (IRGC) shadow wars across the region, Israel alone has mastered gray-zone combat, conducting more than 1,000 strikes against Iranian-related targets in Syria, Iraq and the surrounding seas, almost single-handedly crippling Tehran’s master plan to turn Syria into an IRGC fortress and forward operating base. For the United States, it’s hard to put a price on the value of having a local partner with the power and skill to operate so effectively.

That value compounds in the context of America’s growing great power competition with a rising China. If the United States wants to successfully redirect military resources to the Indo-Pacific without harming critical Middle East interests, Israel’s role as a strong and dependable ally that can act on its own to bolster regional security will only grow in importance. More broadly, Israel’s world-class innovation base, and cutting-edge capabilities like cyber and artificial intelligence, are huge force multipliers for the United States in a twenty-first century that will largely be defined by technological competition with an authoritarian China.

Given Israel’s many roles in supporting U.S. interests, President Biden and senior administration officials have publicly argued in recent years for maintaining Israel’s qualitative military edge (QME), or its ability to prevent or prevail in a major conflict at acceptable cost to itself, which U.S. law requires the United States uphold. Last fall, the United States and Israel agreed to bolster Israel’s QME, which Secretary Austin should build upon.

Specifically, his visit can help ensure the expedited transfer of critical weapons systems such as F-35 fighter jets or KC-46 tankers, which Israel procures partly with U.S. defense assistance. This military aid is a critical component of QME, and Jerusalem recently reinforced the urgent need for these capabilities by borrowing billions of dollars to try to acquire more U.S. weapons sooner.

Secretary Austin’s trip could also help expedite the transfer of precision guided munitions (PGM) to America’s prepositioned weapons stockpile in Israel. Jerusalem needs abundant PGMs to deter or mitigate a major looming conflict with Iran and/or its proxies—chiefly Hezbollah. Tellingly, Israel has already expended a good portion of its major purchases of U.S.-made PGMs in recent years by rolling back Iran’s military entrenchment in Syria and elsewhere.

Additionally, Secretary Austin should ensure Israel’s smooth transition from the area of responsibility of U.S. European Command to that of Central Command. Building on the breakthroughs of the Abraham Accords, seamlessly integrating Israel with CENTCOM can realize the full potential for strategic and operational coordination that is now possible between U.S. forces in the Middle East, the Israeli Defense Forces, and Arab partner militaries.

Beyond frankly discussing Israeli concerns about U.S. nuclear diplomacy with Iran, which will be crucial, Austin’s visit is an opportunity to deepen cooperation on intelligence and air defense against Iranian-led threats. He should explore expediting deployment by U.S. forces of Israeli-made Iron Dome batteries and jump starting conversations about a region-wide, multi-layered air defense system that incorporates Israel’s world-class capabilities and know-how. This also will be a good chance to discuss jointly developing technologies to counter hypersonic missiles like those being developed by China and Russia.

Washington and Jerusalem share numerous mutual interests, concerns, and threats that should add urgency for the Biden administration to expand the U.S.-Israel strategic partnership and bolster Israel’s QME. Next week’s trip is an early opportunity for Biden’s team to build early foreign policy victories by making an already robust U.S.-Israel partnership even stronger.

Michael Makovsky, a former Pentagon official, is president and CEO of The Jewish Institute for National Security of America (JINSA).