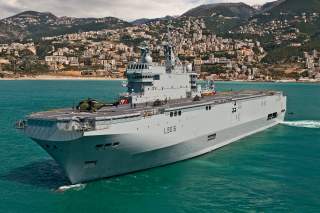 Mistrals comes at roughly half the price of the U.S. Navy’s Wasp-class LHDs at around $600 to 700 million, and thanks to a high degree of automation can function with 160 crew instead of the Wasp’s 1,000. This theoretically should make them appealing for export.