Is Iran Trying To Construct Its Own S-300 Air Defense System? 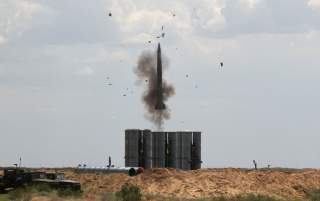