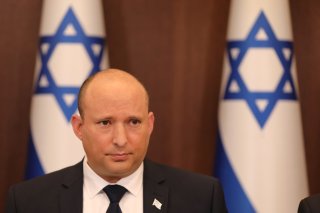 Israeli prime minister Naftali Bennett has indicated his country’s willingness to continue to confront Iran over the latter’s nuclear program. On Tuesday, the controversial prime minister noted that nuclear negotiations between Iran and the P5+1—now including the United States, for the first time since the initial U.S. withdrawal in 2018—would have no effect on Israel’s policy toward Iran and would not restrict its ability to conduct strikes on Iranian nuclear sites.

Israeli leaders, which commonly view an Iranian nuclear weapon as an existential threat to the Jewish state’s existence, have defended its policy of preventing Iran from obtaining a bomb through any means at its disposal, including sabotage, military strikes, and, controversially, the assassination of Iranian nuclear scientists.

Negotiations between Iran and the United States, albeit indirect ones, are scheduled to begin on November 29. These negotiations will have as their primary objective the establishment of a framework under which both the United States and Iran would return to the 2015 Joint Comprehensive Plan of Action (JCPOA) nuclear deal. Such an agreement would entail Iran voluntarily abandoning aspects of its nuclear program, while the United States voluntarily waived nuclear-related sanctions on Iran’s economy.

While the deal was praised in some corners in the United States, it was strongly opposed on the American Right, whose leaders objected to flaws they perceived in its final text. Israel also emerged as one of the strongest voices in opposition to the deal, with then-Prime Minister Benjamin Netanyahu giving a speech to Congress in 2015 condemning the pact.

Although Bennett, a former Netanyahu protege, has broken politically with his predecessor, the two leaders share animosity toward the JCPOA, and Bennett has continued to oppose the deal. In his remarks, he warned that Iran had reached “the most advanced stage of its nuclear program” and would develop a nuclear weapon shortly if left unchecked. Bennett also expressed his frustration with Iranian activities in the Middle East, including Tehran’s sponsorship of Hezbollah, a Shi’a militia that aims tens of thousands of rockets southward into Israel from Lebanon’s southern border.

Iran has never acknowledged pursuing nuclear weapons, and successive fatwas by Ayatollah Ruhollah Khomeini and Ali Khamenei have explicitly ruled the practice out. In spite of this, nuclear warhead designs have been obtained from Iranian government computers.