Meet the Infamous Graf Zeppelin: The Only Aircraft Carrier the Nazis Ever Built 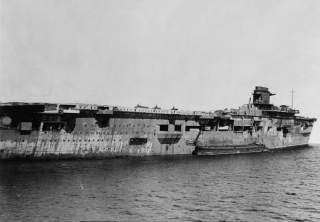 Key Point: Berlin may have dreamed of being a naval airpower, but it never happened. Thank goodness the Nazi carrier suffered from a wide variety of problems.

Robert Farley, a frequent contributor to TNI, is author of The Battleship Book. This article first appeared earlier in 2018.