Meet the Vanguard-Class Submarines: The Nuclear Missile Submarine You Never Heard Of 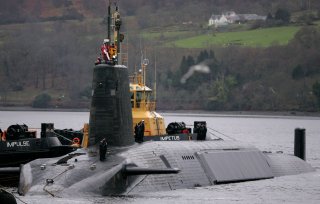