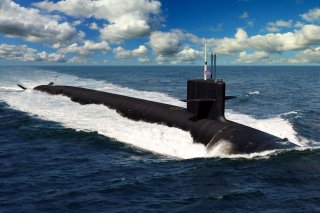 The Columbia-class is designed to be the United States’ high-tech nuclear deterrent in case of an attack by providing a stealthy counter-strike ability. Here’s what makes them different.

The U.S. Navy’s newest submarines are slated to begin construction this year, according to General Dynamic Corporation’s CEO. The twelve hulls of the Columbia-class are slated to replace the fourteen hull Ohio-class around 2031. Electric Boat, a subdivision of General Dynamic, is to construct the fleet in tandem with another U.S. shipbuilder, Newport News Shipbuilding.

Rather than having hull-mounted diving planes, the Columbia-class will have sail-mounted fins, which will be simpler to maintain. X-shaped stern (rear) control surfaces will also allow the class to have better handling in shallow waters.

The class will also likely have more advanced stealth characteristics in the form of anechoic tiles. These rubberized tiles are embedded with air pockets of varying size and adhere to the outside of the submarine. The size of the air pockets are optimized for different depths, and are designed to absorb sonar, helping to make the hulls harder to detect underwater.

The propulsion will be stealthier as well, and will use an electric-drive, which is expected to be quieter typical mechanical drives.

The reactor cores are part of what make the class so deadly. The Columbia-class nuclear reactor cores will have a forty-two-year service life. This means that for the duration of their lives, they will not need to be refueled, a process that takes submarines out of the sea and into the docks.

Swapping out reactor fuel is no easy process, and can take months if not years. If a reactor core does not need to be switched out, submarines will have more time for patrols or missions.

One of the interesting design features of the Columbia-class are their missile launch tubes. Although the launch tubes are the same diameter as the Ohio-class tubes, which launch Trident missiles, they are planned to be one meter—or about three feet longer—in order to accommodate future missiles that may be longer than the Trident.

As the development of the Ohio-class replacement progressed, both the United States and the United Kingdom have decided to equip their future submarines with an identical missile compartment, since both countries' nuclear deterrence submarines are equipped with the same American-designed trident missiles.

Why the Navy Wants Twelve Subs

The number of planned Columbia-class hulls has been controversial, as the United States has steadily decreased the number and frequency of submarine patrols since the end of the Cold War.

U.S. Naval Rear Admiral Richard Breckenridge said on the U.S. Navy website that the size of the United States’ submarine force is dictated by geography, and that twelve Columbia-class submarines would be the minimum number required.

“There are two important points for you to know for how strategic deterrence works. The first is those SSBNs have to be invincible. They have to be survivable at sea. The adversary can’t find them. Hidden and unable to be detected. And second, they have to be within range of targets that matter to the adversary, that we can hold at risk to deter or dissuade them from ever considering attacking.”