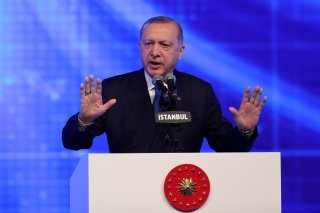 The Swedish government announced on Thursday that it intended to extradite Okan Kale, a Turkish national living in Sweden, to Turkey after the Turkish government convicted him of credit card fraud—a development possibly connected to Turkey’s approval of Sweden’s future membership in NATO.

Ankara lifted its veto over Sweden’s inclusion in the trans-Atlantic military alliance following an agreement between Turkey, Sweden, and Finland, in which the two Scandinavian nations agreed to take additional steps against Swedish and Finnish foreign residents who supported anti-Turkish groups such as the Kurdistan Workers’ Party (PKK). Prior to the agreement’s negotiation, Turkish president Recep Tayyip Erdogan claimed that the two countries had functioned as havens for Kurdish anti-government militants.

It was not immediately clear how and when Kale entered Sweden, as he had applied for asylum in 2011 but had been turned down. AFP reported, however, that Kale had later been granted refugee status in Italy, a member of the Schengen Area, theoretically allowing him to travel to Sweden. It was not immediately clear whether Kale was affiliated with any Kurdish rebel movements, although it is known that he has Kurdish ancestry.

As part of the deal, Turkey provided Sweden and Finland with a list of seventy-three people that it claimed lived within the two countries and should be extradited. Since June, Ankara has expressed frustrations over the slow speed of the extraditions, warning that it had yet to formally approve Swedish and Finnish entry into the alliance and could resume its veto at any time.

However, Morgan Johansson, Sweden’s justice minister, downplayed the significance of Kale’s extradition, describing it to Reuters as a “normal routine matter” unconnected to broader Swedish-Turkish relations or political developments. He also noted that the extradition request had been received in 2021, well in advance of the negotiations between Sweden and Turkey in June 2022. The Swedish government has not indicated whether Kale is one of the people on Ankara’s list.

“The person in question is a Turkish citizen [who was] convicted of fraud offenses in Turkey in 2013 and 2016,” he said. “The [Swedish] Supreme Court has examined the issue as usual and concluded that there are no obstacles to extradition.”

Sweden’s public SVT television broadcaster reported this week that the man had been sentenced in absentia to fourteen years in prison on charges of bank card fraud. However, the man, who has been in Swedish custody since 2021, has reportedly claimed that he was persecuted after converting from Islam to Christianity and refusing to enter Turkey’s compulsory military service program.