The Navy's Zumwalt-Class 'Stealth' Destroyer Has One Big Problem 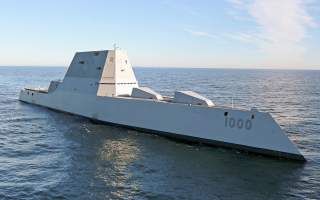 What were merely three DDG-1000s good for, despite their nifty stealth features and propulsion?