New UUVs: China's Plan to 'Attack from the Sea Floor' 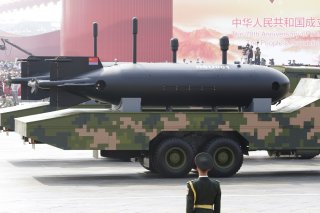