Pompeo: Iran Will Not Purchase Chinese or Russian Military Weapons 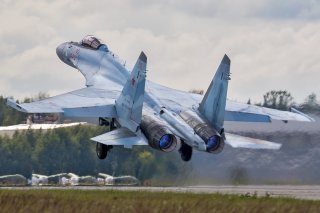 There is little doubt that Beijing and Moscow would love to make Tehran a happy customer and sell the Islamic Republic of Iran all the weapons it could buy. However, on Tuesday Secretary of State Mike Pompeo vowed that Washington will absolutely not allow it to happen even as the end of the UN arms embargo against Tehran approaches.

Last month Pompeo addressed the fifteen member nations of the United Nations Security Council and said that the Trump administration would continue its maximum pressure campaign to rein in the Islamic State’s missile and nuclear weapons programs.

“I have not had a single world leader or one of my counterparts tell me that they think it makes any sense at all for the Iranians to be able to purchase and sell high-end weapons systems, which is what will happen on Oct. 18 of this year, absent the actions that we took at the United Nations yesterday,” Pompeo told CNBC in August.

The secretary of state doubled down on his vow this week and said that Washington would do all in its power to prevent Iran from purchasing Chinese tanks or Russian air defense systems as the embargo against Tehran is set to end. His stark message comes as the European Union and United Nations continues to disagree with the U.S. decision to withdraw from an international nuclear deal in 2018, which followed unilateral sanctions.

“We are going to act in a way—and we have acted in a way—that will prevent Iran from being able to purchase Chinese tanks and Russian air defense systems and resell weapons to Hezbollah to undermine the very efforts that (French) President (Emmanuel) Macron is ably trying to lead in Lebanon,” Pompeo said on Tuesday.

However, the United States now faces widespread opposition to imposing further international sanctions on Iran, even as the government in Tehran has progressively stepped up its nuclear activities in the past two years.

In recent years Iran has moved closer to Russia, but whether such a partnership could be long-lasting isn’t clear. Moscow and Tehran are historic enemies whose differences have re-emerged now that they have achieved their mutual objective of preventing a breakdown of the Bashar al-Assad regime in Syria. Russia and Iran may even now see each other as competitors now that Assad’s regime is more secure.

Yet, Moscow has still seen Tehran as a potential customer for its weapons platforms, including the Rezonans-NE radar, which Iran claimed was used to successfully spot and track American F-35 fighter jets near its borders last winter.

It is more likely that Beijing could forge a stronger partnership with Tehran, especially as India’s investments in the Islamic Republic have become impacted by the Chinese. Indian companies have reportedly been dropped from Iranian transport and energy deals while China continues to invest heavily in those sectors. Beijing could drive India out of Iran, but this could move India closer to the United States.

Such a partnership between China and Iran won’t be welcome by the United States, but it could also put China at odds with Russia. However, it plays out Iran should still be seen as a regional pawn of the larger powers—and it could also be a pawn without the ability to reach the other side of the border at least in terms of getting the weapons it desires.