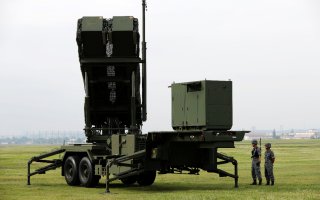 Medvedev, an erstwhile liberal reformer who adopted a sharply hawkish stance in the aftermath of Russia’s invasion of Ukraine, has frequently published denunciations of NATO and the West on his Telegram channel. “Since the moment of its formation, NATO has repeatedly proved its corporate essence, acting in the interests of a handful of anglo-saxon countries and their lackeys. At the same time, no more than 12% of the world’s population lives in NATO countries,” he wrote in his most recent post. “The civilized world does not need this organization. It must repent before humanity and be dissolved as a criminal organization.”

Medvedev issued a direct threat to NATO in a follow-up post. “If, as [NATO Secretary-General Jens] Stoltenberg hinted, NATO supplies Kyiv with Patriot complexes along with NATO personnel, they will immediately become a legitimate target for our armed forces,” he wrote. Medvedev did not elaborate on the measures Russia would take, nor did he clarify whether the Patriot systems, their attached NATO personnel, or the beneficiary NATO countries would become the target.

Top Ukrainian officials have pleaded with their Western counterparts for Patriot systems to protect Ukraine’s civilian infrastructure amid relentless Russian strikes against the country’s power grid. "The message is simple: give Patriots as soon as you can because this is the system that Ukraine needs to protect its civilian population and infrastructure," said Ukrainian foreign minister Dmytro Kuleba in Bucharest earlier this week. "If Germany is ready to provide Patriots to Poland and Poland is ready to hand them to Ukraine then I think the solution for the German government is obvious," he added.

The White House has not committed to greenlighting the transfer of Patriot systems to Ukraine.  “In terms of any type of Patriot battery from the U.S. Right now, we have no plans to provide Patriot batteries to Ukraine. But again, we'll continue to have those discussions. And when and if there's something to announce on that front, we will,” Pentagon press secretary Brig. Gen. Pat Ryder said in a press briefing on Tuesday, noting that the systems require a significant logistics commitment. “You're talking about a pretty significant maintenance, and sustainment tail, as well as a training tail on those things, so none of these systems are plug-and-play. You can't just show up on the battlefield and start using them. And so those are the kinds of things that are taken into account when it comes to more advanced systems,” Ryder said. “But again, I want to emphasize that we continue to consider air defense a priority. And we'll continue to look at working with allies and partners in terms of what we can get to Ukraine as quickly as possible so that they can start employing those capabilities immediately.”