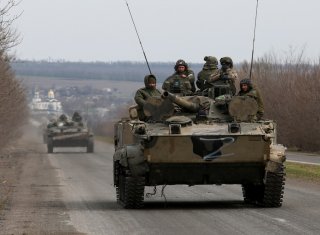 The Kremlin has assigned Gen. Alexander Dvornikov, the current commander of Russia’s southern military district, to lead the Russian war effort in Ukraine, according to the New York Times.

Dornikov’s appointment appears to be part of Russia’s broader change in strategy, which the Kremlin announced in early April after suffering significant losses in its country-wide offensive during previous weeks. Under the new strategy, Russian troops will concentrate their efforts in Ukraine’s eastern Donbas region, hoping to capture additional territory to increase the size of the Donetsk and Luhansk People’s Republics, two separatist regions recognized by Russia as independent states.

Western military experts and defense officials speculated that one of the reasons Russia had failed to meet many of its objectives, including the capture of Kyiv, had been because Russian troops lacked a central commander in Ukraine and had instead sought to receive orders directly from Moscow, where military leaders failed to understand the facts on the ground. A senior Western official confirmed to the BBC that each Russian unit had been commanded separately, creating disorganization and chaos on the battlefield and reducing Russian military effectiveness.

The official, who remained anonymous, suggested that Dvornikov had “a lot of experience … so we would expect the overall command and control to improve.”

Much of that experience was gained in Syria, where Dvornikov was placed in charge of Russia’s military intervention in late 2015. During his time in Syria, the general became infamous for ordering bombings in civilian areas of Aleppo, which killed at least 200 children and thousands of other civilians, according to human rights organizations. Dvornikov also allegedly targeted high-value civilian targets, including food production facilities and hospitals, leading opposition figures to describe him as the “butcher of Syria.”

While Russia’s campaign in Syria has faced consistent allegations of human rights violations, it has also been credited with effectively destroying Syrian rebel logistics. The Institute for the Study of War, a Washington-based think tank, noted that Dvornikov had “credited the coordinated Russian effort to destroy anti-Assad supply-chains with disrupting opposition offensive capabilities and giving the pro-regime coalition the operational initiative in early 2016.”

Reports of the new posting circulated hours after a Russian missile struck a train station in the eastern city of Kramatorsk, killing at least fifty civilians and injuring hundreds of others.

Russia has not yet confirmed Dvornikov’s new posting.