Russia, China and America Are All Getting Ready for a War in Space 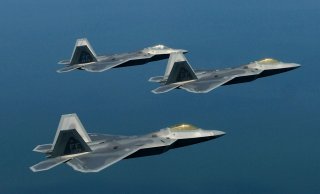 Russia has reportedly tested a new space-based anti-satellite weapon intended to destroy satellites, pouring even more gasoline on the fire between the and U.S. Russia regarding the weaponization of Space.

Citing sources from U.S. Space Command, a report in the UK Sun says researchers said they have “evidence that Russia conducted a non-destructive test of a space-based anti-satellite weapon.”

Weaponizing space introduces a host of technological, tactical and strategic questions, and has of course inspired the Pentagon to stand up the U.S. Space Command.

Of course, space war means new threats to GPS, weapons guidance, navigational and missile defense systems. China has long been known to be testing anti-satellite (ASAT) weapons for quite some time and with some success. However, Russia’s new weapon is reportedly a space-based weapon. This introduces a new scope of threats, if perhaps a wide range of space assets were armed with these kinds of weapons.

The current Pentagon space posture has had many significant elements, including redundancy, disaggregation and the fast construction of a new fleet of lower-flying, faster and smaller satellites to improve networking speed and survivability, among other things. Very Low Earth Orbit (vLEO) satellites help with the redundancy and disaggregation strategy as they can be fielded in larger numbers dispersed across wide geographical areas.

Once vLEO satellites are networked to one another they can help cover more areas faster and develop more of a continuous track of approaching threats. vLEO satellites can move faster and operate in greater numbers, therefore helping the strategic emphasis upon redundancy. For example, should one satellite or several satellites be attacked, taken out or disabled, others within the network can sustain the mission.

Moreover, it is extremely important in the case of hypersonics to not only track the trajectory of an attack weapon from one point to another depending upon satellite and sensor positioning, but also establish a smoother, continuous track on fast incoming weapons. This kind of technology, now being worked on by the Pentagon and private firms such as Booz Allen Hamilton, is working on satellite integrated sensors, space lasers, and unmanned aerial vehicles able to travel outside the earth’s atmosphere for sensing, networking. In fact, the military hopes to even shoot down enemy intercontinental ballistic missiles. One former Missile Defense Agency Director, Retired Lieutenant General Trey Obering, explained that lasers are ideally suited for space as there are fewer atmospheric impediments and less beam attenuation, a technical phenomenon which opens up new tactical possibilities.

Not much is known about emerging space weapons for security reasons, but there are some key broad categories of focus. These include potentially building weapons into satellites and integrating newer kinds of space-networking sensors. At this moment, kill vehicles attached to ground-based interceptors are the primary means of sensing discrimination when it comes to missile defense. Yet, many see the prospect of satellites themselves not only detecting launches with space-based infrared sensors, but also organizing threat data and sensing information to quickly share intelligence with ground commanders in charge of making rapid decisions in the face of threats.

“When a launch is detected, a spaced-based alert signal sends something down to command and control, which goes to the Air Force. It is then evaluated by computers and an alert is sent through the ballistic missile defense system. A mathematical formula determines its speed, trajectory and where it will hit, or land,” a Missile Defense Agency official told the National Interest earlier this year.

Much of this hinges upon early work on building AI-enabled sensors and data systems more fully into satellites themselves as a way to expedite detection or intercepts. The faster threat data can be discerned, organized, analyzed and networked, the more time Pentagon commanders have to make combat decisions. Booz Allen Hamilton is among a number of firms now working on an AI-enabled system called Modzy able to aggregate and analyze otherwise disparate pools of threat data.

Modzy can deliver AI models that assist commanders by analyzing vast datasets and enabling them to develop an integrated view and make better-informed decisions, according to Booz Allen Hamilton developers. These datasets can cover a wide range of variables to include sensor information, targeting data, navigational details, threat libraries of enemy weapons and capabilities and various enemy missile launch and flight trajectory characteristics. Should a collective AI-empowered system be able to quickly use advanced algorithms to combine and instantly access all of this interwoven information, commanders could receive a life-saving “fused” or integrated combat picture.

“If an adversary launches an ASAT, we will be able to detect that launch. The hard thing to do is respond immediately. You have about 10 to 15 minutes for the entire OODA (Observation, Orientation, Decision, Action) loop to play out,” Retired Lieutenant General Christopher Bogdan, former F-35 Program Executive Officer and current Booz Allen Hamilton executive, told TNI in an interview earlier this year.