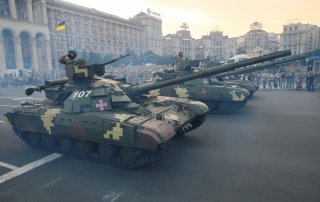 "No one could ever exclude such a meeting a priori, but arrangements for it should be made. Putin and Zelensky could meet only to finalize a certain document, yet work on it was suspended rather long ago and has never been resumed," Peskov said, according to Russian state news outlet TASS.

Peskov’s statements reflect Moscow’s long-standing position that there should not be any working-level negotiations between the two leaders, although they can potentially meet to sign a finalized settlement.

The Kremlin spokesman played down expectations for Russian foreign minister Sergey Lavrov’s upcoming visit to Istanbul on June 8. "Therefore, there is an indirect connection between the events, indeed. Yet there is still no clear-cut vision with regard to a meeting [between Russian, Ukrainian, and UN delegations],” he said.

Lavrov’s Ankara trip will center around talks to unblock grain exports from Ukraine, according to top Turkish officials. "This is the most important question. We are focussing on this. We are planning to establish a centre in Istanbul to observe the corridor,” said Turkey’s foreign minister, Mevlüt Çavuşoğlu, referring to a security corridor that would allow unimpeded shipments of wheat out of Ukraine.

Russia-Ukraine peace talks, mediated in large part by Turkey, progressed through March before sputtering and seemingly collapsing in early April. Turkish foreign minister Mevlüt Çavuşoğlu announced on March 17 that Ankara is working on arranging a Putin-Zelenskyy meeting, but Lavrov said several weeks later that the two sides need to inch closer to finalizing a peace settlement in order for a meeting at the highest level to be either necessary or productive.

Over three months into Russia’s invasion of Ukraine, the diplomatic positions taken by Moscow and Kyiv appear to be as far removed from one another as they have ever been. The Zelenskyy administration insists on the complete withdrawal of Russian troops to pre-war positions as a precondition for peace talks to resume, with top Ukrainian officials denouncing any possible concessions as immoral and dangerous. "It would be good if the European and U.S. elites understand to the end: Russia can't be left halfway because they will [develop] a 'revanchist' mood and be even more cruel. ... They must be defeated, be subjected to a painful defeat, as painful as possible,” said presidential adviser Mykhailo Podolyak. The Kremlin has shown no willingness to vacate any of the territories occupied by Russian forces in eastern-southeastern Ukraine, with early signs suggesting that Moscow seeks to consolidate its control over Kherson and swathes of the Donbas region.