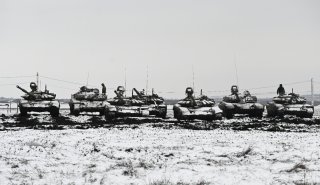 Even as Russian troops continue to advance on other fronts, the Russian military has surrounded Mariupol and is now bombarding the major southeastern port city.

According to Vadym Boychenko, Mariupol’s mayor, Russian forces cut off the city’s access to food, water, electricity, and heat as they carried out attacks on the city continuously. “They are trying to create a blockade here,” Boychenko explained in a statement. Boychenko went on to compare the treatment of Mariupol to the siege of Leningrad, the devastating 900-day siege of modern-day Saint Petersburg by Nazi Germany during the Second World War. “They are trying to prevent us from repairing electricity, water, and heating,” Boychenko added. He also noted that Russian forces had severed Mariupol’s rail links to the west, preventing the government from evacuating non-combatants, including women, children, and the elderly.

In a similar statement, Mariupol’s city council accused Russia of attempting a “genocide of Ukrainian people” by continuously bombarding civilian areas, which is a war crime according to the Geneva Convention of 1949.

Prior to the Russian invasion on February 24, Mariupol had a population of roughly 430,000. In addition to its role as a grain and metalworks hub, it also served as one of Ukraine’s primary ports following the loss of Crimea to Russia in 2014. Shortly after the annexation, the city was made the administrative capital of Ukraine’s eastern Donetsk province after the eponymous city was seized by pro-Russian secessionist rebels.

Losing Mariupol would significantly limit Ukraine’s access to the sea. Moreover, it would provide Russia with an additional link between Crimea and the two Donbass secessionist regions, allowing for easier logistics and transportation. As Russia’s advance into Ukraine has been slowed by logistical issues, the fall of Mariupol would be a key event in the week-old war.

Despite Ukraine’s resistance to the Russian invasion, Moscow’s military forces have continued to advance into the country’s interior in recent days. So far, Kherson, a port city with access to the Black Sea, is the only provincial capital that Russia has captured.

A second round of negotiations between Russia, Ukraine, and Belarus aimed at ending the conflict has begun in an undisclosed location. However, Western officials have voiced doubts that the talks will lead to a peaceful settlement and have accused Russia of using the talks as political cover to continue the invasion.