Seeking a ‘Weakened’ Russia, U.S. Doubles Down on Russo-Ukrainian War 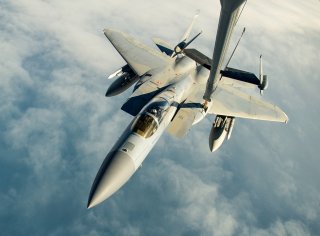 The Pentagon has taken a bold and deliberate step by saying the United States would like to “see Russia weakened” after its invasion of Ukraine for the specific purpose of safeguarding other European countries at possible risk of a Russian attack.

“[W]e do want to make it harder for Russia to threaten its neighbors, and leave them less able to do that. Now, if you look at what's transpired here in this 62 days or so that Ukraine and Russia have been involved in this struggle here, Russia has—in terms of its land forces, their land forces have been attrited in a very significant way—casualties are pretty substantial, they've lost a lot of equipment, they've used a lot of precision-guided munitions, they've lost a major surface combatant. And so they are, in fact, in terms of military capability, weaker than when this started,” Defense Secretary Lloyd Austin said in Germany following a meeting with leaders from more than 40 nations.

In terms of pure numbers, it might appear difficult to substantially weaken Russia’s military, given its size. However, Austin and others have said that Russia has been continuing to lose large amounts of its combat force and equipment in the war, leaving them much less fortified and combat-ready than they were previously. Also, Russia’s armored vehicle inventory has taken a large hit, given the number of successful ambushes against Russian convoys and armored formations.

The Russian military already seems to be suffering from a numbers deficit when it comes to advanced technologies. While Russia reportedly has a wide range of high-tech weaponry—including hypersonic missiles, fifth-generation stealth aircraft, and T-14 Armata tanks—the country does not have a sizable force of any of these systems. Russian outlets report that the country operates less than 100 Su-57 fifth-generation stealth fighter jets, a number that pales in comparison to the United States and its allies, which already fly hundreds of F-35s. Moreover, even if the Russian T-14 Armata is the most advanced tank in the world, there are simply not enough of them produced to present a substantial threat to U.S. and NATO forces. Not only does Russia have fewer advanced air assets, but it has a smaller number of overall fighter jets, meaning that they could be overwhelmed in the air by U.S. and European F-35s and other fighter jets.

Austin’s comments about weakening Russia are consistent with continued U.S. and NATO force build-ups in the region, which appear to be aimed at reshaping NATO’s deterrence posture in light of Russia’s aggression. While Austin’s remarks certainly fell short of announcing an actual conflict or engagement with Russia, they do seem to represent a move toward a much firmer deterrence posture toward Russia. This is likely intended to prevent escalation and send a clear message to Putin that there will be a heavy price to pay should he choose to expand offensive operations beyond Ukraine.