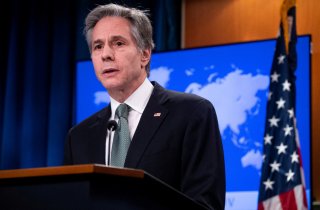 The U.S. State Department announced on Monday that it had determined the Burmese military’s ethnic cleansing against the country’s Rohingya minority constituted genocide and appropriate legal penalties would follow for the country’s new government.

Secretary of State Antony Blinken announced the policy change during a speech at the Holocaust Memorial in Washington, DC. “The day will come when those responsible for these appalling acts will have to answer for them,” he announced, promising accountability for the genocide’s perpetrators—many of whom have occupied prominent positions in Burma’s military junta.

The legal determination comes roughly five years after the worst of the violence against the Rohingya. In the months following August 2017, roughly 9,000 Rohingya were killed, and almost one million were forced to flee Burma into neighboring Bangladesh. Although the Burmese military insisted that the attacks against the Rohingya were part of an internal security operation against Islamist militants, human rights organizations at the time documented atrocities against Rohingya civilians, including cases of murder, rape, and arson.

The designation of the Rohingya ethnic cleansing as genocide is the eighth such distinction made by the State Department since the end of the Second World War. Other instances include the ethnic cleansing of Bosnians by Serbs during the breakup of Yugoslavia, the killings of Yazidis and other minorities by the Islamic State terror group in Syria and Iraq, and the Chinese government’s operation of brutal labor camps targeting Xinjiang’s native Uyghur population.

The designation of genocide does not confer any punishment on the designated country, and the Burmese economy is largely isolated from that of the United States. Still, Blinken vowed that the State Department would continue its investigation of the attacks and pledged an additional $1 million for the UN’s “Independent Investigative Mechanism for Myanmar,” or IIMM. The agency’s goal is to prepare a legal case against the Burmese officers involved in the genocide to support an international prosecution effort. The International Criminal Court is also conducting its own investigation.

In the years following the genocide, the United States largely sought to prioritize its relations with the Burmese government, which was led in practice by State Counsellor Aung San Suu Kyi. Although Suu Kyi engendered controversy in the West by denying and downplaying the violence against the Rohingya, leading to calls for her Nobel Peace Prize to be revoked, she maintained the country’s good relationship with the United States and pushed for continued democratic reforms.

However, after Suu Kyi was overthrown and arrested in a military coup in February 2021, the pressure on the United States to prioritize Burmese democratic development vanished overnight, and U.S.-based Rohingya activists pushed for the genocide’s recognition—most likely playing a role in the State Department's policy change.