Stealth Hunter: Russia's Deadly S-400 Is Getting Much Closer to NATO's Doorstep 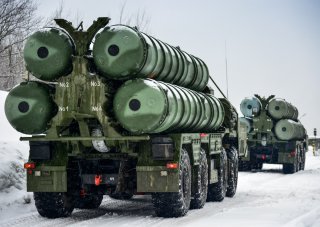 Russian news outlet RT reported that the local anti-aircraft regiment received the S-400 with a military parade, part of which can be seen near the end of this video clip. The video also features footage from a recent S-400 drill in Kaliningrad, as well as close-up shots of Triumf systems being deployed.