Strategic Clarity Is Dangerous for Taiwan and America 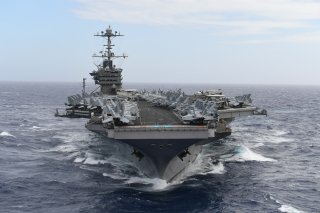 With Speaker of the House Nancy Pelosi’s visit to Taiwan and China’s large-scale military exercises around the self-ruled island that Beijing claims as its province, the world has witnessed a fourth Taiwan Strait Crisis. When a reporter asked President Joe Biden in May whether the United States would intervene militarily to defend Taiwan in a potential conflict with mainland China, he replied: “Yes. That’s the commitment we made.” That remark was the third time that Biden signaled a commitment to Taiwan, despite that the United States does not, in fact, have such a formal commitment. With senior officials in the Biden administration insisting that the “One China Policy” has not changed, the U.S. policy of “strategic ambiguity,” whereby the United States does not make clear whether it would militarily defend Taiwan, has arguably given way to strategic confusion. Now, many in Washington are discussing whether the United States should adopt strategic clarity. Namely, should the United States elucidate that it will defend Taiwan against an attack from mainland China?

For decades, Chinese policymakers, while crafting their Taiwan strategy, have assumed that the United States will intervene in a conflict across the Taiwan Strait, so strategic clarity would not meaningfully increase deterrence against China. Beijing’s goal is to be able to achieve reunification with Taiwan by force even if the United States intervenes. Under President Xi Jinping, Chinese military strategy has increasingly focused more on practical warfighting capabilities, especially anti-access or area denial (A2/AD). China has ramped up its development of anti-ship ballistic and cruise missiles, high-performance fighter jets, unmanned aerial vehicles, advanced mines, silent submarines, anti-satellite weapons, and cyber weapons to force the U.S. military to stay beyond the effective range of these weapons, limiting Washington’s ability to intervene in a crisis. Whether or not the United States adopts strategic clarity, there is little doubt that China will continue advancing such capabilities. Therefore, strategic clarity will make little difference to U.S. deterrence against China in the Taiwan Strait.

In addition, strategic clarity makes the United States less likely to win a war with China over Taiwan. Partly because of the aforementioned A2/AD capabilities that China has been developing, it is already relatively unclear whether the United States can defeat China in a conflict over Taiwan. With time, the military power balance between the two countries will most likely tilt in China’s favor. For instance, war games run by the Pentagon predict a Chinese victory against the United States in a war over Taiwan by 2030. Even in the less common simulations that predict the opposite outcome, the United States suffers huge losses. U.S. forces in the western Pacific include military bases in Korea, Japan, Singapore, and Guam, as well as one or two aircraft carriers. Accordingly, China has developed specialized weapons to use against these assets, such as the DF-26 “Guam killer” or “carrier killer” intermediate-range ballistic missile. Such weapons present Beijing with a low-cost option to virtually neutralize the entire U.S. military presence in the western Pacific in a matter of hours at the onset of an attack on Taiwan, and it would take U.S. forces positioned elsewhere weeks to get to the Taiwan Strait.

Of course, China may not take such escalatory actions immediately after a conflict begins, as doing so would make U.S. involvement in the conflict all but certain, which Beijing would try to avoid. In this scenario, U.S. forces in nearby regions would be able to intervene effectively if Washington so chose, giving the United States an upper hand in a war with China. However, if Beijing knew for certain that the United States would intervene anyway, there would be no point in trying to hold back, and Beijing might very well choose to devastate U.S. forces in the western Pacific at the onset of a Taiwan conflict, making the United States worse off against China. As a result, strategic clarity would make the United States less likely to win a war with China over Taiwan.

People generally assume that the actions of policymakers in Washington and Beijing determine the prospects of a U.S.-China war over Taiwan, but strategic clarity would drastically increase Taipei’s role in this process. Even if strategic clarity could marginally increase deterrence against China, lower risks of abandonment would embolden Taiwan in its interactions with mainland China, which would increase the likelihood of a U.S.-China war that neither country desires. Policymakers in Washington generally consider Taiwan’s current leader, Tsai Ing-wen, a cool-headed decisionmaker and trust her not to make rash decisions, but will these traits continue to be represented by Taiwan’s future leaders?

With a U.S. alliance commitment stated under strategic clarity, Taiwanese voters might elect candidates who may, for example, support an independence referendum or order Taiwanese forces to fire at the People’s Liberation Army aircraft that routinely enter Taiwan’s air defense identification zone. In these scenarios, Beijing might feel an obligation to take military action against Taiwan for fear of losing its legitimacy as a guardian of Chinese sovereignty and territorial integrity, and the United States would have to respond under strategic clarity or lose the credibility of its security guarantees around the world. Therefore, strategic clarity would most likely end up increasing the chances of war across the Taiwan Strait, which the United States could not opt out of.

With mainland China’s growing capabilities and intentions toward Taiwan, it may seem to many that U.S. strategic ambiguity has outlived its effectiveness in deterring Beijing from war. Strategic clarity is not a viable alternative, however, and a clear commitment to defend Taiwan would only make matters worse.