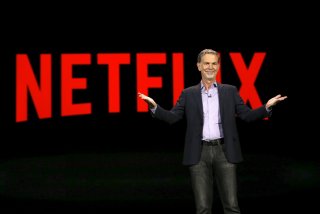 In the wake of reporting that it will continue to bleed paid subscribers throughout this year, it appears that Netflix is bracing for another round of painful layoffs.

“Impacted staff are expected to be told at the end of the week,” Variety reported. “It’s unclear what departments are going to be hit, but sources suggest that the cuts could be similar in size to the round of reductions undertaken in May.”

At that time, the streaming giant, which maintains a global workforce of about 11,000 staffers, laid off 150 employees and dozens of contractors in an effort to cut costs. “As we explained on earnings, our slowing revenue growth means we are also having to slow our cost growth as a company,” a Netflix representative said in a statement.

In its latest earnings report, Netflix said that it had suffered its first subscriber loss in over a decade. In addition to losing 200,000 subscribers in the first quarter, the company estimated that it would lose two million more in the second. The pioneer in the streaming space currently boasts more than 220 million subscribers.

Netflix has acknowledged that a major growth headwind is the rampant sharing of subscription passwords. It has been estimated that more than thirty million U.S. and Canadian households are using shared passwords, while an additional 100 million households are doing so worldwide.

“Our revenue growth has slowed considerably,” Netflix said in its letter to shareholders. “Streaming is winning over linear, as we predicted, and Netflix titles are very popular globally. However, our relatively high household penetration—when including the large number of households sharing accounts—combined with competition, is creating revenue growth headwinds,” it continued.

Netflix has started charging users in Chile, Costa Rica, and Peru an additional fee—between $2 and $3 per month—to share their accounts with up to two people. “If you’ve got a sister, let’s say, that’s living in a different city, you want to share Netflix with her, that’s great,” Netflix CEO Greg Peters said during the company’s earnings conference call. “We’re not trying to shut down that sharing, but we’re going to ask you to pay a bit more to be able to share with her and so that she gets the benefit and the value of the service, but we also get the revenue associated with that viewing.”

It also has been reported that Netflix aims to bring back subscribers with a lower-cost, ad-supported tier that could be available as early as the end of this year. “Every major streaming company excluding Apple has or has announced an ad-supported service,” the company’s note said, adding that HBO and Hulu have been able to “maintain strong brands while offering an ad-supported service.”