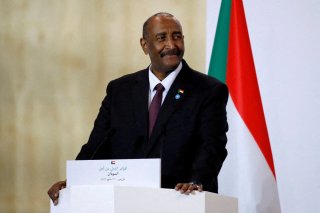 On Monday, the Foreign Ministry of Sudan announced that it would recall its ambassador to Ethiopia for “consultations,” following the reported execution of seven Sudanese soldiers and a civilian by Ethiopia’s armed forces.

The statement also indicated that the Sudanese government, led by Gen. Abdel Fattah al-Burhan, would summon the Ethiopian ambassador to lodge an official protest and question the representative on the details surrounding the incident.

eight Sudanese within Sudan on June 22, before taking them across the border into Ethiopia and executing them. It appears that at least part of the incident occurred within the Al-Fashaga area, a disputed border region that both Ethiopia and Sudan claim, but which Sudan has occupied since 2020.

The military’s statement suggested that the Ethiopian forces had publicly displayed their bodies which, if confirmed, would constitute a violation of the Geneva Convention. Sudan vowed, without elaborating, that it would carry out “an appropriate response” to the incident.

Sudan’s relationship with neighboring Ethiopia has deteriorated sharply over the past year, following Ethiopian prime minister Abiy Ahmed’s launching of a military campaign against the northern secessionist Tigray People’s Liberation Front, or TPLF. Although the military campaign, conducted with assistance from neighboring Eritrea, initially succeeded in capturing Mekelle, the Tigrayan capital, the rebels recaptured the city in 2021 following a successful counteroffensive. The fighting in the north has spread into the neighboring Amhara and Afar regions, while a concurrent offensive by the Oromo Liberation Army in the west and south has forced the government to fight on two fronts.

In spite of United Nations attempts to mediate a ceasefire and a peace agreement, the civil war has devolved into Africa’s most lethal armed conflict and spawned a regional migration crisis, with hundreds of thousands of Ethiopian civilians seeking refuge in southern Sudan.

Khartoum, ill-equipped to care for a substantial refugee population following the suspension of international aid after Burhan’s military coup in October 2021, has voiced frustrations with the humanitarian crisis and has urged Addis Ababa to make peace.

Prior to the civil war, geopolitical tensions had persisted between the two countries following the completion of the Grand Ethiopian Renaissance Dam, or GERD, spanning the Blue Nile River and providing water and power to thousands of Ethiopian households. Sudan alleged that Ethiopia could use the dam to restrict the river’s flow to Sudan, depriving Sudanese farmers of critically-needed water, although Ethiopian officials have denied that Addis Ababa plans to do so.