Tesla May Head to Texas With Its New Car Factory 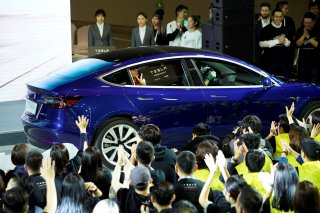 Could Tesla be headed to Texas for their next factory?

According to a report in the Austin American-Statesman, Travis County—the country that contains the state capital of Austin—is in talks with Tesla about an incentive package that would bring a new Tesla factory to the area.

The report also said that the Travis County Commissioners Court will meet in executive session Tuesday to discuss the potential deal, although a vote is likely weeks away.

Musk had also said in March that the company was eying the East Coast for another facility, to be used for the Model Y.

Reports last month had the Austin area and Tulsa, Oklahoma, as the finalists for that location. It’s unclear, per the newspaper report, whether the talks with Travis County mean that Austin is the final choice, or if the negotiations are merely a step in the process.

The new factory would be the largest Tesla has ever built, exceeding the size of its Gigafactory in Fremont, California. That was the facility that Musk chose to reopen during California’s stay-at-home orders, against the wishes of public officials in Alameda County. Despite Musk daring them to arrest him for the cause, officials later backed down, and the factory reopened without incident.

Tesla has said that the Cybertruck will go into production in late 2021, with different models carrying price tags of $39,900, $49,900 and $69,900. The Cybertruck is not be confused with Tesla’s Semi, which is also scheduled to soon begin production.

Earlier this week, Tesla finally began making deliveries in the state of Michigan, after it was prevented from doing so by years of legal wrangling, which the company has alleged was the result of intransigence by the incumbent “big three” automakers who are based in that state.

Tesla also recently claimed a spot as the most valuable automaker in the world.