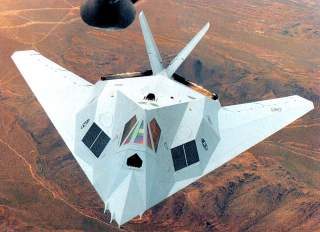 The Air Force test facility at Groom Lake, Nevada—better known as Area 51—has harbored a wide variety of experimental aircraft the Pentagon would rather keep away from the prying eyes of the public. While fanciful stories of alien spaceships continue to captivate the public, as recent internet memes attest, there’s little doubt that Groom Lake’s actual activities are of considerable interest—sufficiently so that in April 2019 Russia even dispatched one of its treaty-authorized Tu-154M Open Skies surveillance planes to spy on the base.