Turn Off the TV: Why Cable and Satellite Companies Like Xfinity, Fios and Dish Network Are Dying 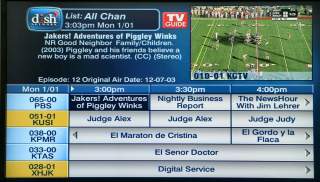 As we slowly but surely watch the complete disintegration of the pay-for-tv industry, we sometimes forget some of the more basic factors causing this historic shift in consumer habits away from cable and satellite TV providers.

And when I say historic, think about this: 8.8 million people in the United States dumped cable and satellite TV between 2018-2019 according to the Wall Street Journal. To get an idea of the scale of what that means, this is close to the entire state population of Virginia canceling their pay-TV services over 24 months.

Yes, streaming services, constant price increases, poor customer service and many other factors are killing classic cable TV and dish providers. However, we should take a second or two to look at the amount of TV that is being watched—specifically, how fast it is dropping. That is surely a big reason people are deciding they don’t need to spend their hard-earned cash on a product they hardly use anymore.

At the core of this shift in TV viewing habits is the difference in time someone 18-34 years old spends in front of their TV as opposed to someone who is 65 and older. Younger TV viewers only spend, on average, according to a recent Nielson survey, spend less than two hours a day watching. Contrast that with seniors who spend an astounding seven hours in front of their TV. In fact, if you look at the chart, even middle-aged viewers don’t consume as much TV—and that all spells trouble for cable and satellite providers.

The reason for this? One would have to assume that smartphones are doing serious damage to TV viewership rates. In fact, depending on the study you look at, viewers in the 18-34 age block are spending more time watching video content on their phones than on traditional TV. The only variance is how much more.

This is another reason why cable companies must leverage the need for high-speed internet to try and get their own streaming services into homes. There is no reason they can’t offer compelling options for younger consumers who will order internet services from them. They need to ditch cable TV boxes and offer packages that have attractive pricing that won’t increase quickly, create promotions that are attractive, and come up with original programming that people want to consume and binge-watch over and over. That is what Millenials and Gen Z are looking for. If cable does not work towards such options and innovate, their fate is sealed.

Why DirecTV, Dish Network, Comcast and Verizon Will Get Slaughtered by Netflix and Streaming Services