Why DirecTV, Dish Network, Comcast and Verizon Will Get Slaughtered by Netflix and Streaming Services 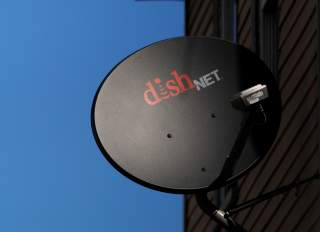 Disruption in any industry is hard. Revenue and profits can fade away. Careers built on years of hard work can vanish. Jobs in the tens of thousands can and will be cut in the blink of any eye. I know this first hand, as the job I held for over a decade in the cable TV industry does not even exist anymore.

Speaking of disruption, I can’t think of an industry harder hit by changes in technology, competition and changing consumer attitudes more than the pay-for-tv industry. And I would be willing to wager as streaming services get better and better we will see quite a few cable and satellite companies either go out of business or merge with each other. It seems, actually, that mergers in the industry are starting to become the norm.

In situations like these, when disruption hits a normally very profitable industry, history can tell us a lot on what could happen next. And if that is the case I have bad news for anyone working at say Verizon Fios, Dish Network, Comcast, DirecTV (now part of AT&T) or any other pay-for-tv company: time to go back to school and retrain for a different industry or start looking for a new job.

I think about my own days when I was employed in cable TV land. I watched the industry try to adjust to Verizon and AT&T developing and launching their own cable products and then nearly destroy the company I worked for. We knew years in advance it was coming. We knew their technology, in many respects, was better. We knew their prices were going to be cheaper. Their promotions would be aggressive. They would also have a lot of new and cool factors and consumers would be interested in what they had to offer. This for me sounds similar, in many respects, to the advantages the streaming services have today.
I would give the cable company I worked for credit, as they did see the storm coming. We were trained for countless hours on Fios and UVerse products, services, prices and their downsides. We waged a two-year battle before these providers came into our service areas to lock customers into cost-saving contracts. But when these new providers came in, nothing was the same. Jobs were lost over several years. Sales representatives had their commissions slashed to the bone. If you worked in any sort of customer retention role your job was hell, as you were on the front lines of what was a company under total siege, fighting for its life. When the dust settled, almost everyone I know who worked for that cable company has left, was fired, or had an emotional breakdown—and many hopes and dreams for the future were crushed.

The past is always a good predictor of the future, and just like in the past, I don’t see today’s crop of cable companies having any clue how to stop, slow or compete with the streaming services of today or the future. The march of technology is relentless, and the big cable and telecommunication companies need to adapt—or die.