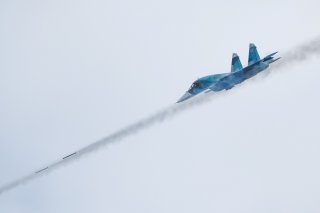 Ukrainian newspaper The Kyiv Independent reported on Wednesday that Russian forces had bombed an oil refinery in Lysychansk, Ukraine. The refinery was owned by Russian state-run oil giant Rosneft.

The Ukrainian outlet published the news on Twitter. They cited Serhiy Haidai, the governor of Ukraine’s Luhansk province, who first announced the airstrike on Telegram. Haidai said that the attack against the facility had been conducted by Russian aircraft, although he did not identify which aircraft or the weapons used.

In the same message, Haidai claimed that a separate artillery attack on the city of Severodonetsk targeted a grocery store and killed a nearby civilian. Ten others were injured.

While Haidai’s Telegram message included video footage of the burning refinery, outside media outlets have been unable to independently verify the attack.

Luhansk is divided between Ukraine’s Luhansk Oblast, the easternmost province in the country, and the secessionist “Luhansk People’s Republic” (LPR) in its south, which controls the city of Luhansk. Although the LPR is recognized by all but one UN member nation as a part of Ukraine, it has functioned as a de facto independent state since 2014, although it is heavily reliant on Russia for military and economic support. After the rebels captured Luhansk, the Ukrainian provincial government moved to Severodonetsk, which remains the province’s capital.

Russia’s decision to recognize the LPR and the neighboring “Donetsk People’s Republic” as independent nations on February 21 helped to precipitate the current Russo-Ukrainian War. After Russian leader Vladimir Putin recognized the two regions as independent, both provinces immediately requested the Kremlin deploy “peacekeeping” troops, leading Russian soldiers to cross into what all other nations recognize as sovereign Ukrainian territory. Shortly after this deployment, Putin announced the beginning of the “special military operation” to “demilitarize and de-Nazify” the country.

As the conflict enters its second month, Russian forces have failed to achieve most of their objectives. Western security experts have warned that the Russian army has no clear path to victory in the weeks ahead. The Russian invasion has also led to substantial Western sanctions, including Germany’s decision to shut down the “Nord Stream 2” natural gas pipeline on the eve of its regulatory approval.

Rosneft, the owner of the bombed refinery, is the second-largest energy company in Russia, after natural gas giant Gazprom.