The Ultimate Weapon: Could China Build a 'Nuclear' Aircraft Carrier? 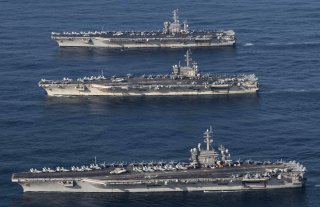 Key Point: Will the People’s Liberation Army Navy (PLAN) ever take the leap into nuclear propulsion for its aircraft carriers?

Credible reports confirm that the PLAN is already building at least one conventional carrier in the 80,000-ton range. Given how quickly Chinese shipbuilding has accelerated, does it make sense for the PLAN to think nuclear for its next generation of ships?