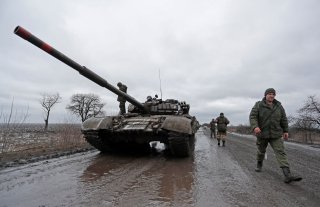 Russian and American diplomats traded accusations at the United Nations on Tuesday, with each side accusing the other of intending to launch a chemical weapons attack in Ukraine in the near future. However, neither presented evidence to support their positions, according to Reuters.

Russian officials accused Ukraine’s “radical nationalist groups” of responsibility for a dangerous ammonia leak at a chemical plant in the northern Ukrainian city of Sumy, which Russian forces have besieged since the opening hours of the invasion on February 24. Russian deputy UN ambassador Dmitry Polyanskiy claimed that the United States was operating chemical labs in Ukraine, suggesting that either Ukraine or the United States would launch a chemical attack on Ukrainian civilians and blame Russia.

In his remarks, Polyanskiy claimed it was “clear that the Ukrainian nationalist authorities … will stop at nothing to intimidate [their] own people and stage false flag attacks to accuse Russia.” He compared that possibility to the repeated use of chemical weapons in Syria, which he alleged had each been conducted by Syrian rebels and blamed on the government of Syrian leader Bashar al-Assad. Independent investigations, including by the United Nations, have definitively faulted Assad for the chemical weapons attacks.

Western officials have derided Polyanskiy’s remarks and warned that they could be an attempt by Russia to shift blame in the event of a chemical attack on Ukrainian civilians. The United States’ ambassador to the UN, Linda Thomas-Greenfield, called the accusations “ludicrous.” British UN ambassador Barbara Woodward observed that “it’s not hard to conclude, given their record in the UK … that this might be a prelude to the Russians themselves creating some sort of false flag chemical weapons attack,” seemingly referring to the poisoning of Sergei Skripal with a Russian nerve agent on British soil in 2018.

“This is preposterous,” Psaki wrote at the time. “It’s the kind of disinformation operation we’ve seen repeatedly from the Russians over the years in Ukraine and in other countries, which have been debunked, and an example of the types of false pretexts we have been warning the Russians would invent.”

President Joe Biden raised the possibility that Russian leaders were planning a chemical weapons attack on Monday, although he offered no evidence to support this position.