Does Ukraine Change Everything? 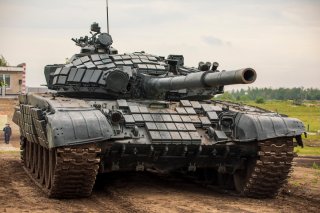 The French philosopher Michel de Montaigne said in his wonderfully ironic way, “I have seen the birth of several miracles in my time.” We too have witnessed several turning points, one miraculous and one diabolical, after which we were told that “nothing would ever be the same again”: the end of the Cold War and 9/11. Hegel was right, the owl of Minerva only sets sail after sunset. It takes a long time to evaluate the historical meaning of such events.

9/11, the American responses, and their repercussions appear to be a one-off. In geostrategic terms, the end of the Cold War was far more important. Yet it too turned out to be ephemeral, since the issues supposedly resolved by the end of the Cold War have been reopened with violence by the Russian invasion of Ukraine. We are now faced with daunting questions that will take years to answer. What kind of Russia will we face after the Ukraine invasion? What will be its reach in Europe? Will Europe move towards greater unity, including in the realm of defense, because of the Ukraine crisis? How will China respond and what will be its role in a changed international environment?

Russia’s boundaries have ebbed and flowed in the course of centuries. At times, Western states have put stock in and sometimes feared the “Russian steamroller.” But Russia usually has had difficulty in mobilizing its forces effectively. It has been best in defensive war, defeating Charles XII of Sweden, Napoleon Bonaparte, and Adolf Hitler with the help of General Winter. Yet it has failed at other times, and its failures have often unleashed domestic crises: the Crimean War led to the end of serfdom; the 1904-5 war against Japan was the dress rehearsal of revolution; World War I brought about the collapse of the Tsarist regime. In all three cases, Russia was ill-prepared, had a backward and sometimes corrupt military, and an authoritarian but incompetent political leadership. It turned out to be much weaker than it seemed. As a result of war, its territorial boundaries shifted. For example, after World War I, Poland was recreated largely out of Russian territory, as were the Baltic states. After the end of communism, the soviet republics became independent.

Since the collapse of the Soviet Union and especially in the last decade, Russia has reasserted its influence in the old Soviet republics. Some of these states were barely viable, some were unpopular dictatorships, some were at odds with their neighbors, and some faced opposition from ethnic minorities. Russia intervened to save Alexander Lukashenko from his own people, thereby making Belarus a fief; did likewise for the Kazakh regime; “protected” Ossetians and Abkhazians to undermine Georgia, which had veered too far towards the United States; and inserted its forces as “peacekeepers” between Armenia and Azerbaijan. At the same time, Russia meddled in other parts of the world, like Libya, sub-Saharan Africa, and Syria, suffering little pushback. Perhaps most important, it seized Crimea and parts of Donbas in 2014 at small cost and with only a slap on the wrist from the West. This impunity must have convinced Vladimir Putin that he could get away with attacking Ukraine. But this time he didn’t succeed.

Whatever the final results in Ukraine, Russia has shown itself to be far less than a great power. Putin’s total control over the state provides him no alibis for failure, for lack of grand strategic thinking and for poor military preparedness. It’s astonishing how Ukraine has shown itself to be far more sophisticated in its strategy, tactics, and weaponry than Russia. Mass terror bombing of cities and civilians will convince no one of Russia’s prowess. Nor would the use of chemical or nuclear weapons redeem its reputation.

A few weeks ago, at the opening of the Winter Olympics, Russia could plausibly claim to be a co-equal great power in its relationship to China, now it looks more like a would-be Chinese satrapy. The Russian economy and financial system have been devastated. Russia has garnered international obloquy and contempt. Even if Russia “wins” in Ukraine, it has lost in all other respects. But Russia will not disappear, it will not cease to be a problem; nor does experience give us confidence that it will change into something better.

What has changed is that Europe has awakened from its dream of a pacific world based on rule of law and has been thrust back into a world of blood and iron. Thrust back into a world in which NATO and the United States are still essential. Yet in the recent actions of the German government, for example, it is possible to imagine that Europe will have no choice but to become a complete great power because in a violent world with a dangerous Russian neighbor and an America that wants eventually to pivot to Asia, Europe must be able to defend itself. The modalities of a Europe of Defense will have to be worked out but for once, it looks like they may go beyond talk. Throughout the modern era, Europe was a heavily armed and militarized continent, but its militaries were pitted against each other. Now it may return to the pursuit of power, but united. That would be something new.

Another something new could be the impact of the Ukraine crisis on energy policy; it may catalyze Europe’s pursuit of renewables. For some time, the EU has recognized the imperatives of transition to new forms of energy, but Russian gas and oil were so convenient and cost-effective. Is it imaginable that Europe can remain reliant on energy from a dangerous Russian? Hardly! Initially, it will have to seek other sources of fossil fuel to replace Russian, but it will almost certainly embark on a crash program to solve both its need for dependable energy and its desire to mitigate climate change: alternative energies on a large scale; probably nuclear in the mix. Like defense, energy will require “more Europe” (and the ill-timed “Global Britain” will be mostly beside the point).

The Ukraine crisis poses an enormous challenge to China. It will doubtless perceive some near- term political gains from the shift in U.S. and world attention. If China remains fixated on its rivalry with the United States, it might support Russia. But allegedly China thinks in the long term. Russia is failing in Ukraine and becoming a global pariah. If China wants to save Putin from himself and present itself as a beneficent global power, it will need to help broker a settlement in Ukraine. Acting in its own interests, China could facilitate a solution to the Ukraine crisis. This might encourage China and the United States to consider a reset. That would result in the birth of at least one miracle in our time!

Steven Philip Kramer is a Global Fellow at the Woodrow Wilson International Center for Scholars.