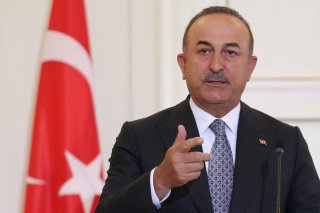 When it comes to the Eastern Mediterranean, U.S. policy is marked by strategic ambiguity. This is primarily due to regional disagreements over the Levant Basin’s vast gas and oil resources. In 2004, as a signatory to the UN Convention on the Law of the Sea (UNCLOS), Cyprus delimited its own Exclusive Economic Zone (EEZ) according to the median line principle; in 2003, 2007, and 2010, Nicosia further concluded agreements with Egypt, Lebanon, and Israel on the same basis.

Although Turkey is not a signatory to UNCLOS, it is still bound by the same principle according to customary international law. Yet Ankara insists that the extent of its continental shelf and shoreline overrides this principle. The fact that Cyprus has been divided since the Turkish occupation of northern Cyprus in 1974 has led to a conflicting claim by Turkey, turning what should have been Aphrodite’s gift into a source of conflict.

Reunification talks, which began in 1975 under the aegis of the UN Security Council, developed into what UN Secretary-General António Guterres called “a horizon of endless process without result.” When the latest round of talks in Switzerland collapsed in 2017, the Turkish position hardened.

Instead of the agreed parameters of a bizonal and bicommunal federation, the Turkish Cypriot leader, Ersin Tatar, who is backed by Ankara, has insisted on a two-state solution. The standoff between the two communities has been a major obstacle to progress in Turkey’s accession talks with the EU.

Furthermore, the European Parliament, according to its report on the implementation of the Common Security and Defence Policy (CSDP), regrets Turkey’s overall destabilizing role in many areas of concern in the EU and its neighborhood, which threatens regional peace, security, and stability.

One consequence has been the trilateral cooperation between Cyprus, Greece, and Israel, including on various military issues. Additionally, in 2019, Egypt founded the Eastern Mediterranean Gas Forum, which includes Israel, Cyprus, Greece, France, Italy, Jordan, and the Palestinian Authority as members, and the United States and EU as observers. Turkey was explicitly excluded.

The same year, the U.S. Congress passed the Eastern Mediterranean Security and Energy Partnership Act in support of Greece as a valuable NATO member, Israel as a steadfast ally, and Cyprus as a key strategic partner. Last October, the U.S.-Greece Mutual Defense Cooperation Agreement (MDCA) was updated to reinforce defense and security cooperation, which was already extensive. In October, Greece also concluded a defense agreement with France, which included the purchase of three frigates and twenty-four Dassault Rafale fighter jets.

Turkey’s “Blue Homeland” doctrine makes claim to a vast swathe of the Mediterranean, which has brought it into conflict with Cyprus as well as Greece. Turkish president Recep Tayyip Erdogan has talked of revoking the Lausanne Treaty of 1923, which established Turkey’s present borders, and has an eye on Greece’s Aegean islands, which he has renamed the “Sea of Islands.”

Two years ago, Greece almost went to war with Turkey three times. In July 2020, for instance, there was a clash over the small Greek island of Kastellorizo off Turkey’s south coast, and it was only through Berlin’s intervention that war was averted.

On this issue, Washington has made its position clear; the sovereignty of Greece over its islands is not in question. Yet despite misgivings over Turkey—for example, Turkey was not invited to President Biden’s Summit for Democracy in December—the United States and Turkey have launched a Strategic Mechanism to review topics of mutual interest. In this context, Turkish foreign minister Mevlut Cavusoglu has been invited by Secretary of State Antony Blinken to Washington for talks on May 18.

In a phone call on March 10 between President Erdogan and President Biden, Erdogan stressed Turkey’s role as a “facilitator” between Russia and Ukraine and called on Biden to lift U.S. sanctions on Turkey, which he considered “unfair.”

Countering America’s Adversaries Through Sanctions Act (CAATSA) sanctions were imposed on Turkey in December 2020 because of its purchase of the Russian S-400 missile defense system. Moreover, Turkey was removed from the F-35 joint strike fighter program in July 2019 for the same reason. Nevertheless, Turkey asked the United States to buy forty F-16 fighter jets and nearly eighty modernization kits to upgrade its air force last October.

Therefore, it comes as a surprise that the State Department has, in a letter to Congress, stated it would be in line with U.S. national security interests and serve NATO’s long-term unity to approve the sale. The letter also argued that Turkey’s support for and defense ties with Ukraine are “an important deterrent to malign influence in the region.”

In light of the role played by Turkey in the region and the support Greece has received, such a move can only be considered self-defeating and contradictory.