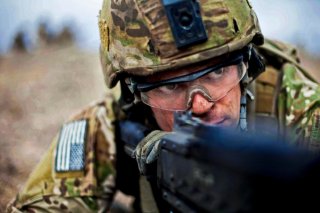 After some fourteen years, the Department of the Army announced earlier this month that it would dissolve both the Asymmetric Warfare Group and the Rapid Equipping Force. This move marks the end of the line for both units, and is being made as the U.S. Army transitions from counterinsurgency and anti-terrorism operations to a focus on multi-domain operations and large-scale combat operations.

The two units were established to rapidly identify material and non-material solutions to operational challenges encountered during the counterinsurgency fights in both Afghanistan and Iraq. As the focus now changes to great power completion—which could include large-scale combat operations—the Army’s analysis has indicated that the personnel and resources should be better utilized in building such an operational fighting force.

The Asymmetric Warfare Group was created in 2006, and headquartered at Fort Meade, Maryland while it has an extensive training facility at Fort A.P. Hill, Virginia. The unit is composed of senior active-duty soldiers, Department of the Army (DA) civilians, and government contractors who are all seasoned warfighters and functional area experts.

The Asymmetric Warfare Training Center (AWTC) at A.P. Hill cost some $96 million and was designed to “replicate complex operational environments.” In addition to the usual firing ranges and administrative facilities, the AWTC features a number of full-size structures, which are said to include a five-story embassy, bank, school, subway station, train station, helicopter landing zone, bridge, and more.

The Rapid Equipping Force (REF) was activated in 2002 and has been headquartered at Fort Belvoir, Virginia. The unit has been charged with quickly providing the Army units deployed globally with innovative government “off-the-shelf” as well as commercially available solutions that address urgent requirements within 180 days or less. The REF has been able to do this through unique authorities and by maintaining a presence near the point of need.

REF personnel have been positioned in Afghanistan, Iraq, and Kuwait while mobile laboratories have been available for quick solutions. The unit has fast-tracked new technologies of war including devices such as recent tools that were developed to track, jam, and destroy attacking enemy drones.

The Army Futures Command, which was founded on July 1, 2018, will take up the task of developing next-generation technology that could be used in the fights against near-peer competitors including China and Russia.

The Army also announced that personnel and resources from both organizations will be reallocated to the operational force, and both will be fully deactivated by Sept. 30, 2021. To further ensure that the value of the two organization’s work over the past fourteen years is not lost, all lessons learned will be maintained by the U.S. Army Combined Arms Center (CAC), via the Center for Army Lessons Learned (CALL), Centers of Excellence (COEs), and other TRADOC enterprise stakeholders.