The U.S. Navy's First Columbia-Class Submarine is Just Over the Horizon 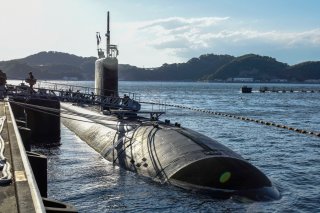 Here's What You Need to Know: By 2026, the Navy will plan on purchasing one Columbia-class per year, and despite the massive $7.5 billion per-hull cost, estimated to consume nearly 40% of the Navy’s budget, is seen as necessary for countering an increasingly expansionist China.