Why Britain's Vanguard-Class Submarines Are No Joke 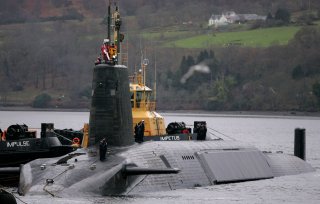 Key Point: These submarines still serve today, although they will be phased out soon. Here is how they protected the United Kingdom for many years.