Video Alert: The Russian Air Force Is Showing Off Its Deadly Su-35 Fighter 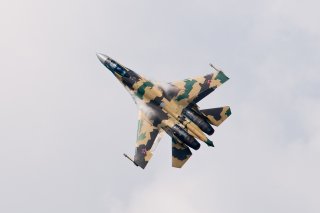