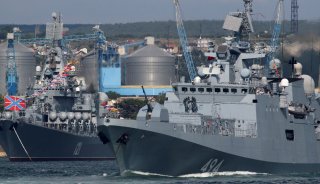 Russia is willing to resume global grain exports in exchange for sanctions relief, according to a top Kremlin official.

"Russia is ready to export tens of millions of tonnes of its own grain if Western bans are lifted from its export," Russian Foreign Ministry spokeswoman Maria Zakharova told reporters during a briefing on Wednesday, adding that "it is Washington, Brussels and London that are doing everything to really artificially escalate the situation.”

Zakharova sharply criticized German foreign minister Annalena Baerbock’s assertion that Russia is “using hunger” as a weapon. "Just look at the statement of the German Foreign Minister [Annalena Baerbock], which is absolutely outrageous and unacceptable for a politician, a statesman and just a person with little or no knowledge of the history of its own country, Europe and the world as a whole. She stated that Russia is quite deliberately weaponizing hunger and taking the whole world hostage. Baerbock is not only lying, she is lying brazenly and cynically," Zakharova said.

The U.S. State Department maintains that food, food products, and fertilizer are exempt from sanctions on Russia, but Moscow officials counter that Western sanctions have impacted the supply and logistics chains used by Russia to ship food products worldwide. "There are also problems with the export of Russian grain … vessels that carry Russian grain have fallen under sanctions," Russian foreign minister Sergey Lavrov said during a visit to Saudi Arabia, according to Reuters.

U.S. ambassador to the United Nations Linda Thomas-Greenfield appeared to at least partially acknowledge Russia’s concerns over shipping and insurance practices in the aftermath of sanctions. "Companies are a little nervous and we're prepared to give them comfort letters if that will help to encourage them,” Thomas-Greenfield said in May.

Between the two of them, Russia and Ukraine account for about a third of the world’s grain exports. The invasion of Ukraine has significantly disrupted global grain shipments, precipitating what UN chief António Guterres called an “unprecedented global hunger crisis.”

Russia’s Black Sea Fleet continues to blockade much of Ukraine’s Black Sea coast, including the key southwestern port hub of Odessa, a move observers say is partially intended to prevent grain shipments out of Ukraine. Over twenty tons of Ukrainian grain are sitting in silos and waiting to be shipped, according to Ukrainian president Volodymyr Zelenskyy. However, Moscow said two Ukrainian ports occupied by Russia, Berdyansk and Mariupol, are ready to resume grain shipments. Ukrainian officials have accused the invading Russian forces of stealing Ukrainian grain, which is allegedly transported to southern Russia by way of Russian-annexed Crimea before being exported with Russian certificates.