Why a Coronavirus Depression Could Be Worse than the Great Recession 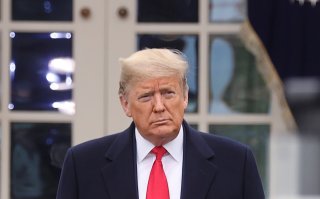 In only one month, the United States, and the world, has changed significantly. The coronavirus went from something most Americans were happy to dismiss as the seasonal flu into the largest public health crisis in at least a century. An economy that was perceived as flying high has crashed, with a growing consensus among economists and financial observers that the bottoming out will be equal to or worse than the Great Recession. Some people have even dared utter the word “depression.”

Linguistically, there is no difference between a recession and a depression. The reasons they hold different impressions among people—why one is treated with more severity—is an accident of history and changing times.

In the nineteenth century, dips in the economy were referred to as “panics.” By the early twentieth century, the word “depression” became vogue, until the Great Depression of the 1930s. Following this event, central in the minds of a generation of the world, depression became synonymous with only the harshest and most dramatic of economic turmoil. After World War II, other terms came into use, like downturn, slowdown, slump, or recession. This was beneficial in the game of politics, where elected leaders were able to massage economic reality with new lingo. It appears the Great Recession of 2008 and after was not severe enough to drive “recession” out of the vernacular.

“The economic impact is and will be severe,” warns the International Monetary Fund, which is one of the organizations that has put forth the Great Recession comparison.

Congress’ response to the 2008 financial crash was two stimulus bills; one passed in 2008 that totaled $152 billion, and one in 2009 that was $831 billion. For the 2020 crash, however, Congress is responding by doubling both. The current stimulus package being debated by the senate has a price tag of $2 trillion.

What will make the Depression of 2020 worse than the Great Recession is that so many people are already starting having never recovered from the latter. The average person, especially young people, have fewer savings and capital than they did in 2008. Homeownership rates have never recovered, and more and more people rent.

Some observers hope that while the crash might be deep, it’ll be short as well. They see no underlying economic problems beyond the business closures caused by the coronavirus. President Donald Trump has openly discussed lifting quarantine restrictions on the country in the near future to help recover the economy.

These optimists might find, however, that the genie is already out of the bottle.