Why the Navy Is Preparing To Kill Enemy Submarines (From China?) 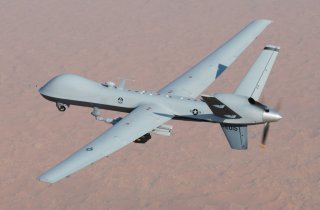 The stealthiest, quietest and most impossible to detect enemy submarines still emit some kind of acoustic signature, present potentially discernible configurations and emit electromagnetic “pings” upon surfacing from undersea depths . . . yet they often remain elusive and somewhat “beneath the radar” in both the literal and figurative sense.

These interwoven variables continue to present challenges for anti-submarine warfare commanders operating systems engineered to find enemy undersea boats in position to present a threat of attack. Anti-submarine warfare, when executed successfully, seeks to leverage surface scanning optical cameras, radio frequency-signal or “ping” analyzing radar, towed sonar arrays lowered beneath surface ships and even air-dropped sonobuoys networked to send back acoustic return “pings.” However, each of these detection modes of course operate differently and not always in relation to one another, making it potentially difficult to synergize otherwise disconnected signs, signals, cues or indicators.

What about transforming an upgraded, multi-int surveillance drone with an integrated sphere of maritime-specific sub-hunting sensor systems into a remotely operated, yet autonomous platform equipped with a new generation of data-processing technology sufficient to collect, merge, analyze and synergize otherwise disconnected pools of threat data obtained by sensors?

This is the thinking behind the Navy’s recently conducted Integrated Battle Problem experiment in the Pacific theater. The Navy sought to bring manned-unmanned teaming with drones, ship-based radar and manned fixed-wing platforms to find . . . and ultimately destroy . . . enemy submarine targets at previously undetectable ranges beyond the horizon. The tactical thinking is based almost entirely upon networking and the utilization of aerial nodes such as sub-hunting drones specifically engineered for maritime operations. While the exercise, which succeeded in taking out a long-range enemy target, relied upon long-range anti-submarine drone sensing.

“The U.S. Navy launched a missile at a long-range target successfully as a part of Unmanned Integrated Battle Problem 21 off the coast of San Diego, April 25,” a Navy report stated. “Integrated manned and unmanned systems established a track for the launch.”

For example, one asset among several involved in the exercise was General Atomics emerging SeaGuardian sub-hunting drone, the latest innovation of the combat-tested MQ-9 Reaper unmanned aircraft. The MQ-9B SeaGuardian is the latest Reaper variant extending lethality, mission scope and operational flexibility for the combat-tested drone which continues to pivot successfully from a primary role as an armed, terrorist-targeting surveillance asset operating in uncontested airspace, to a platform capable of performing high-risk missions against technologically sophisticated great-power adversaries.

Operating in tandem with a Navy P-8 Poseidon surveillance plane, MH-60R helicopter and advanced command and control networking, the SeaGuardian was able to connect with a surface destroyer to transmit threat data of a long-range target from “beyond the horizon.”