Why Pakistan Can’t Be Pulled Away From China 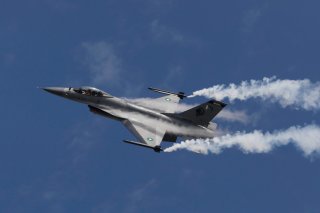 Last week, tens of millions of American families sat down for Thanksgiving dinner. A few, however, have had empty seats for the past fourteen years. Consider, for example, the family of Alan Scherr and his thirteen-year-old daughter Naomi, both of whom Pakistan-based and trained terrorists gunned down in the 2008 Mumbai attacks. The terrorists took three other Americans hostage and subsequently tortured them to death.

While Pakistani authorities arrested low-level operatives amidst international outrage and pressure in the immediate aftermath of the attacks, as international attention moved on, Pakistan’s government stopped both its trials and cooperation with international law enforcement. At no point did Islamabad move against the senior Lashkar-e-Taiba leaders who planned the terror attacks and regularly rubbed elbows with senior Pakistani politicians and military officers. To date, Pakistan continues to shelter terrorists involved in the Mumbai attacks.

Moreover, the Pakistani military’s Operation Tupac was responsible for decades of violence across Kashmir. Pakistan also sponsors a “Khalistan” terror network not only in the Indian Punjab, but also in the United States and Canada. Pakistani military and intelligence officers with American blood on their hands from the war in Afghanistan roam free. No American should ever forget that the Pakistani military leadership protected and sheltered Al Qaeda leader Osama bin Laden and would still be doing so had the State Department or White House been naive enough to forewarn them of U.S. intelligence about his presence in Abbottabad, Pakistan.

It is against this backdrop that the Biden administration’s efforts to sell F-16 upgrade kits to Pakistan and receive senior Pakistani officers with full honors are bizarre. Americans died not because the Pakistani military was negligent in its duties, but rather because of a deliberate decision by Pakistani military leaders to target and kill Americans.

Pakistan’s support for terror is not the only problem. Pakistan provided China access to the stealth helicopter U.S. Navy SEALs scuttled during the bin Laden operation. That was not the only time that Islamabad allowed Chinese military engineers access to U.S. military technology. In recent years, Pakistan has become a vassal of China. Former Prime Minister Nawaz Sharif, the brother of Pakistan’s current premier, sold Pakistan’s sovereignty to China under the guise of the China-Pakistan Economic Corridor. Indeed, Pakistan is perhaps China’s closest ally after North Korea.

All of this raises the obvious question: why does the United States continue to consider Pakistan a major non-NATO ally, let alone provide it with advanced weaponry?

There are several possible answers, but none are convincing.

First, the United States might want to reward Pakistan for providing intelligence on wanted terrorists, like the late Al Qaeda leader Ayman al-Zawahiri. This, however, would signal dangerous naiveté akin to rewarding arsonists for setting fires. While the CIA prioritizes protecting its sources, it is the job of the National Security Council and oversight committees in Congress to ensure this does not occur at the expense of broader U.S. national security goals. Unfortunately, Pakistan’s balance sheet shows that the country does U.S. security far more harm than good.

A second reason might be the State Department’s Pakistan lobby. The State Department maintains three large consulates in Pakistan and an embassy in Islamabad. This means that many diplomats cycle through Pakistan frequently. Some internalize and promote the grievance-based narrative that Pakistanis sell themselves about U.S. disrespect and victimhood in the war against terror and may truly believe that Washington owes Islamabad more. They may argue that the United States must treat Pakistan and India equally. An emphasis on equity, however, ignores the fact that India is the world’s largest democracy and a strategic partner, while Pakistan is a failing state and a strategic liability.

Other U.S. officials may be even more cynical: Pakistan, like Iran, Azerbaijan, and China, limits access to those it deems unsympathetic. For American officials serving in Pakistan, needing to work with the government, or aspiring to do business in the country after retirement, parroting the Pakistani narrative and heaping rewards upon Islamabad is a means to ensure smooth and pleasant working relationships. In contrast, to challenge Pakistani narratives or to ask tough questions about Pakistan’s Inter-Services Intelligence (ISI) agency is to face near-constant harassment and sacrifice the invitations and access that too many officials use as a metric of their personal success.

A third argument centers on great power competition. Many in the U.S. policy community rightly see China as a major regional threat. China continues to encroach on India, Bhutan, and Nepal. They argue that providing Pakistan weaponry can help American officials build personal relationships with key Pakistani military officers, especially as those like Army Chief of Staff Qamar Javed Bajwa, who studied in the United States, are now retiring from military service.  More importantly, they suggest, selling F-16 upgrades and other high-technology weaponry can drive a wedge between China and Pakistan, and slow, if not reverse, Sino-Pakistani ties. This, too, is naive. History runs deep. Pakistan was the first Muslim country and just the third non-Communist country to recognize the People’s Republic of China. Today, China’s debt diplomacy means that Pakistan could not pivot away from China even if the ISI wanted to. To give Pakistan such technology simply offers Pakistan additional collateral with which to pay the Chinese Communists.

Pakistan has long been a bad bet, but the strategic logic used by American supporters of Pakistan’s major non-NATO ally status and U.S. military sales to the country fails the test. It substitutes wishful thinking for reality and rubs salt into the wounds of those Americans (and others) killed in Mumbai and Afghanistan by Pakistani-trained terrorists. The United States should never give military equipment on the promise of change—only on change itself. Until Pakistan arrests those responsible for the Mumbai attacks, disbands the ISI, and purges those in the military who support the Taliban, Al Qaeda, and other radical terrorist groups, Pakistan should be the subject of a military embargo and broader economic sanctions. Islamabad deserves opprobrium from the United States, not an alliance.