The Gateway to the China-Pakistan Economic Corridor Is Closing 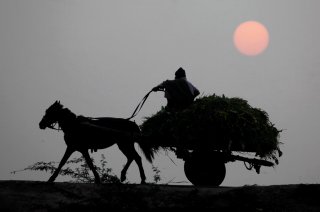 Chinese president Xi Jinping visited the Pakistani capital Islamabad on April 20, 2015, to sign fifty-one memorandums of understanding that formed the core of the China-Pakistan Economic Corridor (CPEC) that together were worth about $46 billion. While Prime Minister Nawaz Sharif signed the initial agreement, current Prime Minister Imran Khan dove into the relationship he inherited enthusiasm. “CPEC is great opportunity for Pakistan. CPEC connects us to China which is one of the biggest markets,” he stated. Asad Umar, his minister of planning, spoke of the benefits Pakistan would reap. “CPEC is being developed in a way that it cannot just be a stimulus to our economic growth but also provides Pakistan basis for regional integration,” Umar said. While the project has come at tremendous cost to Pakistan’s sovereignty—China increasingly looks at and treats Pakistan as a vassal state—perhaps the greatest losers in CPEC are those living in Gilgit–Baltistan.

Pakistan seized Gilgit-Baltistan in October 1947, after the new Pakistani government sent military irregulars into the region and seized it along with a portion of Kashmir. Initially, most Gilgitis rejected their inclusion into Pakistan, but Pakistani authorities ran roughshod over their concerns. In the 1949 Karachi Agreement, the government of Pakistani-controlled Kashmir ceded full control over the defense and foreign policy of Gilgit-Baltistan to the Pakistani central government.

Twenty-five years later, Islamabad abrogated the State Subject Rule, which prevents outsiders from seeking permanent residency, for Gilgit-Baltistan. The result has been slow-motion sectarian and ethnic cleansing. In 1948, when Pakistan invaded, Gilgit-Baltistan was at least 85 percent Shiite; that number has since fallen dramatically and is now likely below 50 percent.

While CPEC has saddled Pakistan with debt, it has not lived up to its ambitions, leaving Pakistan to face the inevitability of mortgaging sovereignty further to China or international financial institutions. Gilgit-Baltistan, however, which the Pakistani government touted as the “Gateway to CPEC,” is now symbolic of CPEC’s false promises to the already neglected region.

While Gilgit is geographically essential to CPEC’s success and Pakistani authorities pledged development along the highway, none materialized. Nor did promised opportunities in terms of education, employment and welfare materialize. Instead, Pakistan’s major political parties have siphoned off most of the cash and the associated projects to their own political strongholds in Punjab, Sindh, and other regions. At the last minute, for example, Islamabad canceled plans for a Gilgit-Chitral road in favor of a four-lane, fifty-mile highway between Chakdara to Fatehpur in Swat. Imran Khan even acquiesced to China sending four hundred thousand construction workers to Gilgit-Baltistan at the expense of local labor.

For Gilgit-Baltistan the problem has not only been a failure to reap benefits from CPEC but also that Khan’s desire to please China has meant a net loss. At the behest of Chinese mining companies, for example, Pakistan has canceled the licenses of local miners. Chinese developers have also displaced thousands of residents without compensation.

Here, Khan’s cynicism toward Gilgit-Baltistan and poor management may ultimately hurt CPEC more. By diverting funds from the Gilgit-Chitral road, Khan has forced the region to remain dependent on a single highway, one that angry locals can easily and repeatedly block. At best, this may disrupt CPEC’s timeline further but at worst, it could make many other projects unviable. Pakistan’s absorption of Gilgit-Baltistan has always been illegal. Increasingly, the neglected region could get the last laugh.