Why Pakistan Really Loves the F-16 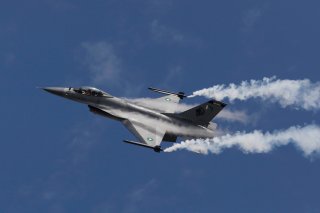 Here's What You Need To Remember: While an F-16 is superior in many respects, particularly situational awareness, an R-73-armed MiG-21 that managed to close within visual range (as ostensibly occurred) would still pose a formidable threat.

Sébastien Roblin holds a master’s degree in conflict resolution from Georgetown University and served as a university instructor for the Peace Corps in China. He has also worked in education, editing, and refugee resettlement in France and the United States. He currently writes on security and military history for War Is Boring. This article was first published in March 2019.